Never again will we allow these events to happen - RFMF

Never again will we allow these events to happen - RFMF 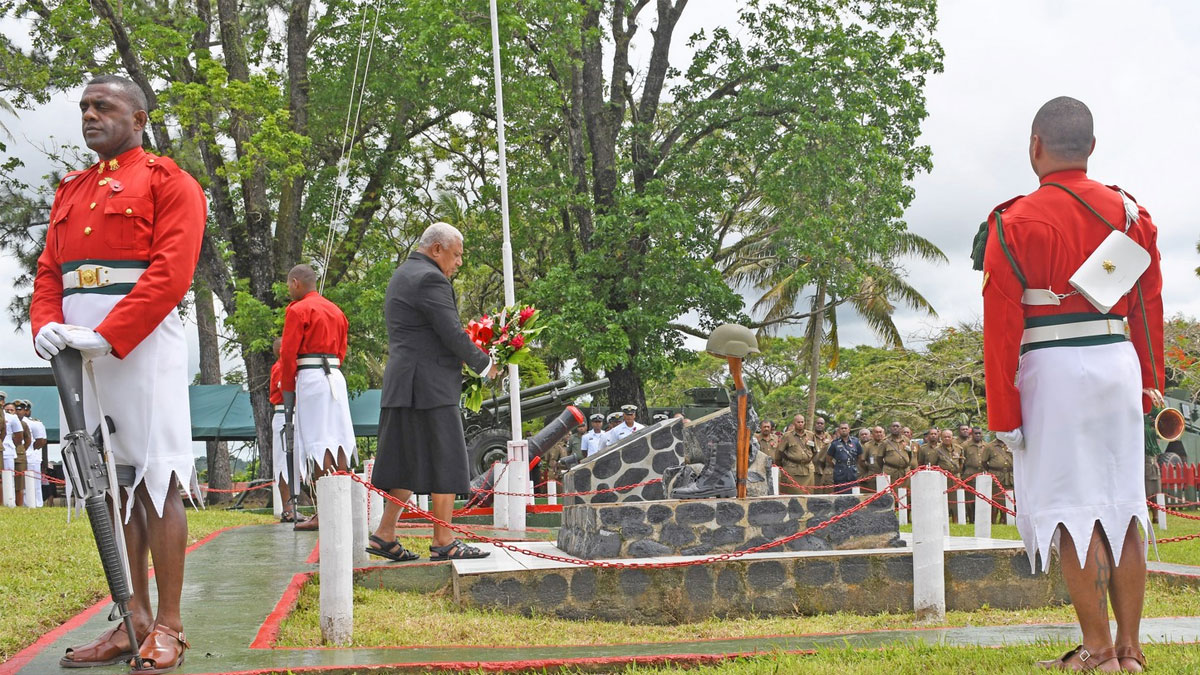 As we pay tribute to the fallen, we also vow that never again will we allow these events to happen.

That is the message by the Republic of Fiji Military Forces as they assembled to pay tribute to those whose lives were lost in the tragic mutiny of November 2nd, 2000 yesterday.

The RFMF says as the sound of the bugle echoed through Queen Elizabeth Barracks, it reminded them of the fateful day where loyal soldiers and officers were fired upon by their comrades who had defected in their allegiance.

The military says their intentions were quite clear and spelled themselves out when they ran rampant throughout QEB, spraying live rounds all over.

The RFMF says in the course of this outraged action, three innocent soldiers lost their lives.

Yesterday, the whole of the RFMF came to a standstill to reflect on the magnitude of what transpired in Queen Elizabeth Barracks, Nabua.

Survivors of the fateful mutiny recalled the day with much sorrow as they narrated the sequence of events leading to the shootout.

The RFMF also says it was an honour to be joined by Prime Minister, Rear Admiral (Ret’d) Voreqe Bainimarama and his family. Bainimarama was the Commander at the time of the 2000 mutiny.

The memorial service was followed by a wreath-laying ceremony for the three fallen soldiers (23905 Lance Corporal S. Rawaileba, 25717 Private O. Rokosirinavosa, and 27247 Private T. Veilewai) who had lost their lives on that fateful day, together with their fellow comrades that had stood alongside their bravery to protect the principles of the Republic of Fiji Military Forces.

Family members of the fallen soldiers who were part of the service were joined by the RFMF Commander, Ro Jone Kalouniwai, Commander of the Republic of Fiji Navy, Commodore Humphrey Tawake, Commissioner of Police, Brigadier-General Sitiveni Qiliho, Commissioner for Fiji Corrections Service, Commander Francis Kean alongside former RFMF members.