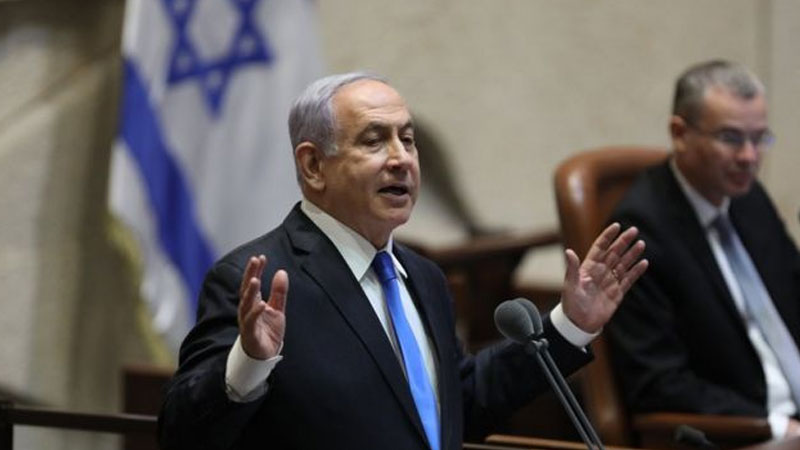 Benjamin Netanyahu has lost his 12-year hold on power in Israel after its parliament voted in a new coalition government.

BBC News reports right-wing nationalist Naftali Bennett has been sworn in as prime minister, leading a "government of change".

He will lead an unprecedented coalition of parties which was approved with a razor-thin majority of 60-59.

Bennett will be prime minister until September 2023 as part of a power-sharing deal.

He will then hand power over to Yair Lapid, leader of the centrist Yesh Atid, for a further two years.

Netanyahu - Israel's longest-serving leader who has dominated its political landscape for years - will remain head of the right-wing Likud party and become the leader of the opposition.

During the debate in the Knesset (parliament), a defiant Netanyahu promised: "We'll be back."

After the vote, Netanyahu walked over to Bennett and shook his hand.

However, representatives of the Palestinians have reacted dismissively to Israel's new government.

US President Joe Biden has already sent his congratulations to Bennett, saying he looks forward to working with him.