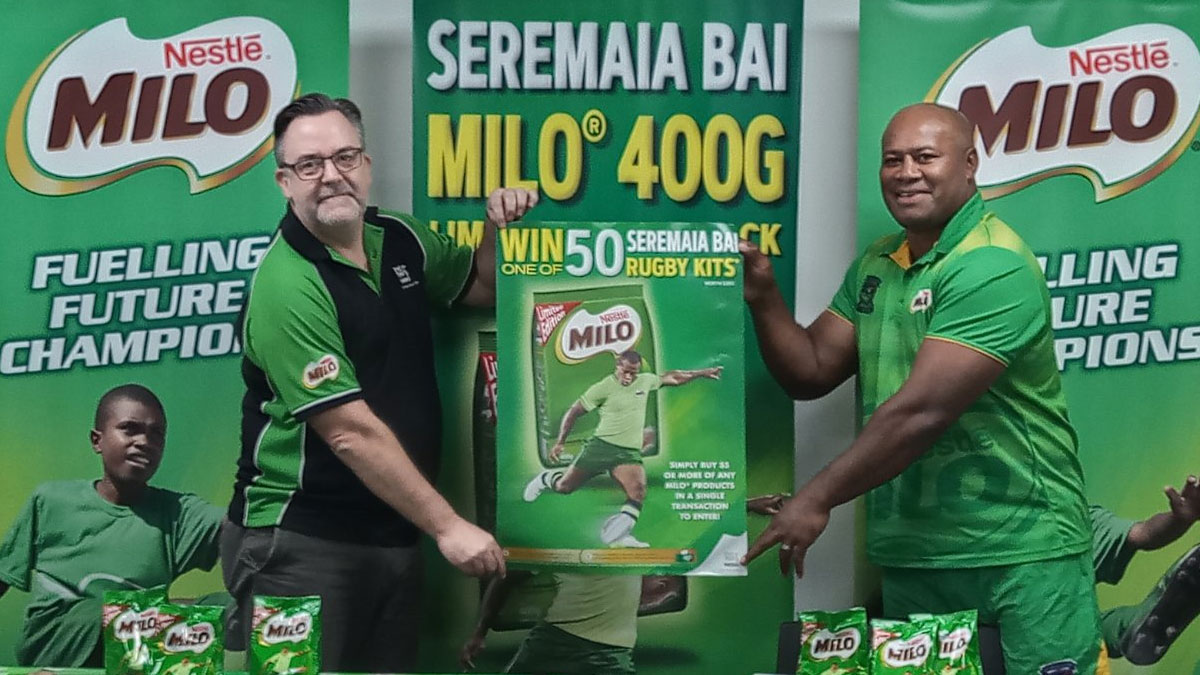 To ensure credit is given to those who have made a difference in people’s lives in the country, Nestle Fiji today launched their new 400g Milo pack with former Flying Fijian Seremaia Bai’s 2007 World Cup picture on the front label.

According to Nestle Fiji and Pacific Island General Manager Tim Inkster, this is the first time the company has done such initiative for a rugby player.

Inkster says the initiative is to give credit to Bai and his family for the tremendous work they have done in contributing to the development of grassroots rugby in the country.

Meanwhile, Bai who is the Director of Fiji Rugby Academy is thankful for the continuous support from Nestle Fiji, saying that it would be impossible for him to reach where they are today without the support.

He says it has been a humbling experience for his family as they are using rugby as a vehicle to mould young people become a better person, father and citizen of Fiji in the future.

He adds the Fiji Rugby Academy started with eight children and it has more than 400 children now.

Nestle Fiji is also promoting their Milo products and 50 shoppers will walk away with a Milo rugby kit which includes rugby academy jersey and shorts, Milo cap, 3 Milo footballs/rugby balls and a $200 Sports World shopping voucher.

To get into the draw, people will need to use $5 or more to purchase any Milo products.

Olivia Newton-John, the Australian singer whose voice and wholesome beauty made her one of the biggest pop stars of the '70s and charmed generations ... 26 minutes ago