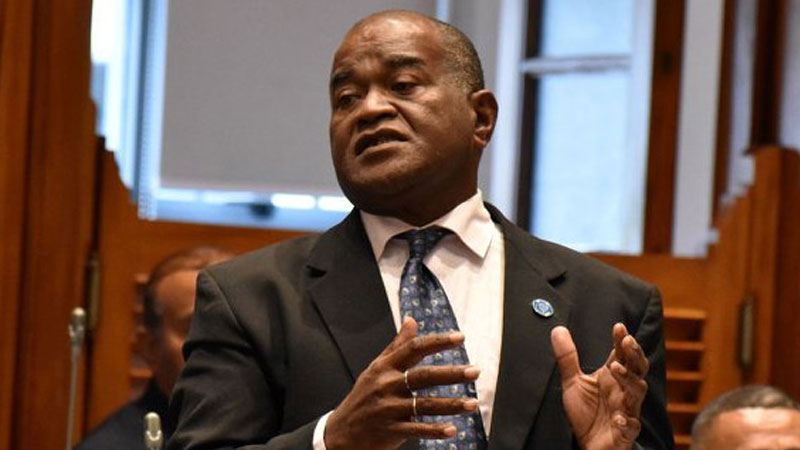 Former SODELPA MP Niko Nawaikula has filed a case in the Court of Disputed Returns.

Former SODELPA MP Niko Nawaikula has filed a case in the Court of Disputed Returns to challenge the validity of his parliamentary seat becoming vacant.

This has been confirmed by his lawyer, Simione Valenitabua who says the case will be called at 10am tomorrow in the Suva High Court.

Nawaikula had posted on his Twitter page last Friday that he received a letter from the Speaker of Parliament, Ratu Epeli Nailatikau informing him of the decision.

The letter states that Ratu Epeli received a letter from the Supervisor of Elections on 20th July to inform Parliament that Nawaikula’s name has been removed from the National Register of Voters pursuant to Section 12 of the Electoral (Registrations of Voters ) Act 2012.

The letter states that under the Fijian Constitution, the seat of a member of Parliament becomes vacant if the member ceases to have the right to be nominated as a candidate for election to Parliament.

Nawaikula was referred to FICAC for investigation by the Fijian Elections Office last month.

The issue was referred to FICAC on the 6th of June and it was to investigate whether Nawaikula provided a false declaration to a registration official when he made an application to replace his VoterCard on 22nd June 2017.

The Fijian Elections Office had said this matter is being reported in light of Nawaikula’s statement in Parliament mentioning that his name is not correct on the VoterCard.

While making his contribution on the Bill to Amend the Electoral Registration of Voters Act which was passed in parliament in June, Nawaikula said that the name that he is known for which is Niko Nawaikula is not the name in his birth certificate.

Former Prime Minister and Leader of the People's Alliance Party, Sitiveni Rabuka has assured the new Indian High Commissioner that the People’s ... 39 minutes ago

Prime Minister Voreqe Bainimarama has highlighted that the Moderna vaccine is first being administered to 15 to 17-year-olds who are nearing the end ... 47 minutes ago

The Interpretation Amendment Bill 2021 will be debated in parliament this Wednesday. Attorney General, Aiyaz Sayed-Khaiyum says this bill has been ... 49 minutes ago