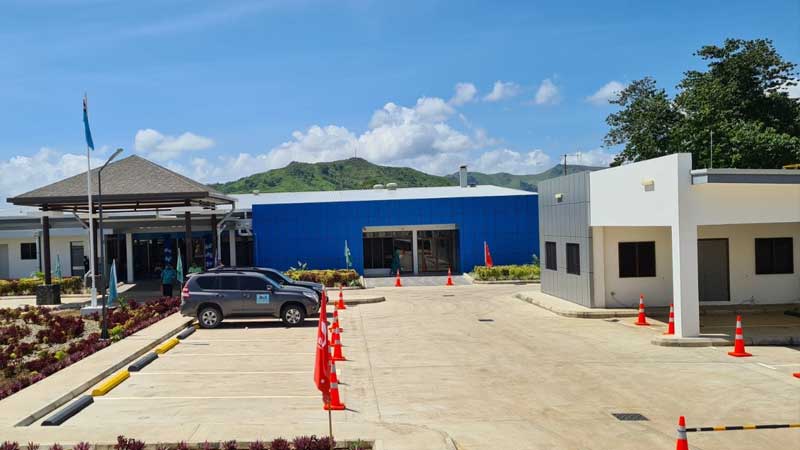 Good news for over 10,000 Fijians in the provinces of Nadroga, Navosa and the highlands of Ba as they will not have to travel to as far as Sigatoka, Nadi, or even Ba to seek specialised treatment with the opening of the new Navosa Sub-Divisional Hospital in Keiyasi today.

While speaking at the opening, Prime Minister, Voreqe Bainimarama says the new hospital will provide health services to 26 villages, 58 settlements, 11 kindergartens, 13 primary and 2 secondary schools in the area.

Government has invested $30 million in this hospital which will provide services such as x-rays and ultrasounds, maternity services, pharmacy services, conduct surgeries and laboratory testing.

He says the hospital also includes a guest house for families where they can stay with their loved ones instead of having to bear the expense of a hotel or travel back and forth to their villages.

It also includes housing for staff.

The Prime Minister says the hospital will not be able to treat some of the most serious, acute or complicated cases but the people can be assured that they can be transported by the helicopter from the medevac heliport that was built into the design.

Bainimarama adds the strides made by their healthcare system were most apparent last year when Fiji successfully contained the outbreak of the coronavirus.

He adds that it is now been more than 300 days since the last case of the virus was confirmed outside the border quarantine facility which is a record that no other nation can claim.

A man guilty of raping his stepdaughter will be sentenced by Justice Daniel Goundar today. He was found guilty of two counts of rape. It was ... 31 minutes ago