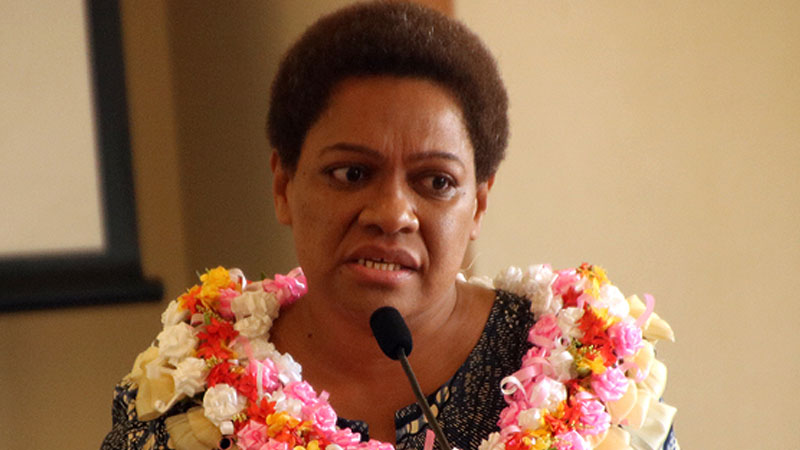 There was a significant increase in calls received by the National Domestic Violence helpline number 1560 during the month of April.

This was highlighted by the Minister for Women, Children and Poverty Alleviation Mereseini Vuniwaqa who confirms that in April they had received 527 genuine calls. Vuniwaqa says 87 calls were received in February and 187 calls in March.

Vuniwaqa says 66 percent of the callers were women and 44 percent were men.

Vuniwaqa says close to 50 percent of cases reported are linked to COVID-19 such as restrictions of movement and economic strains on families.

Vuniwaqa adds there has been a global rise in domestic violence and violence against women and children during the COVID-19 outbreak and Fiji is no exception.

The Minister says 63 percent of health workers and 85 percent of market vendors in Fiji are women, placing them at increased risk and exposure to infection.

Vuniwaqa says in light of COVID-19 pandemic and its impact on women and children, the Fijian government through the Ministry of Women, Children and Poverty Alleviation has formed and led two working groups, the Gender Based Violence Working Group and the COVID-19 Response Gender Working Group.

The Minister says the Gender-Based Violence Working Group has been formed to advance prevention and response to Violence against women and girls during emergencies. Vuniwaqa says to formulate policies and programs that are not gender-blind, it is important to understand the different ways that the COVID-19 pandemic and accompanying economic crisis may affect gender equality outcomes.

She says the impact of the virus is not gender-blind, therefore the response to it should not be either.

Vuniwaqa says they are doing this to ensure that recovery is centered on the principle of leaving no one behind.