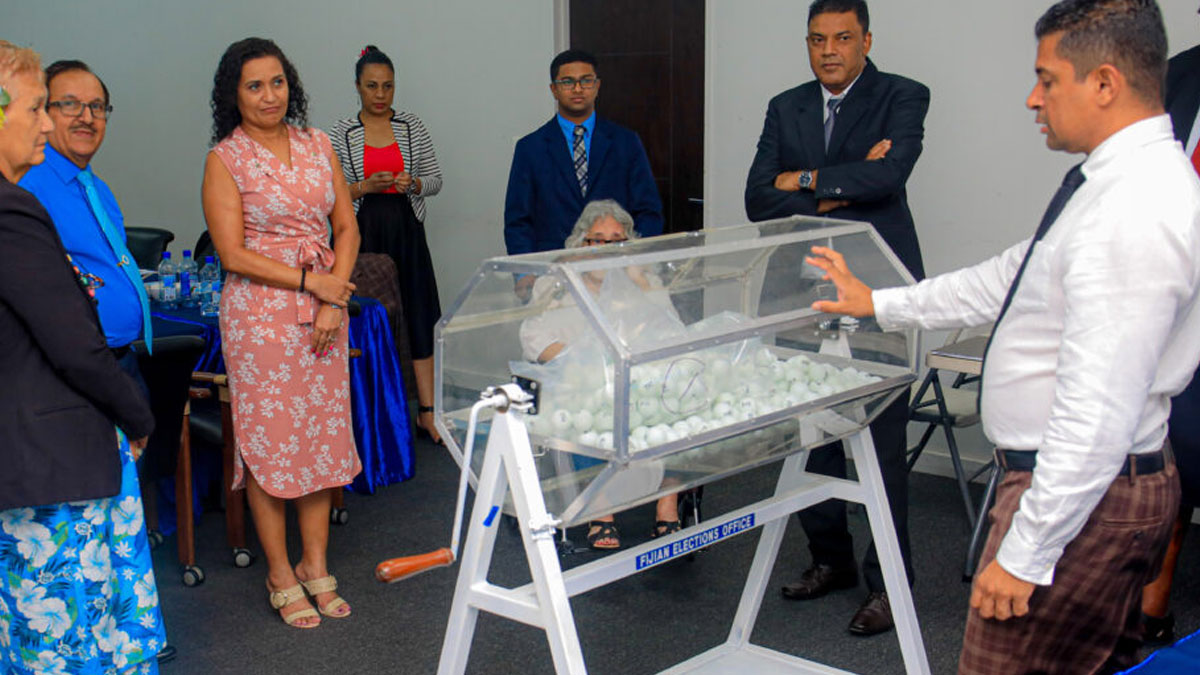 The National Candidates Ball Draw to allocate numbers to the approved candidates for next month's general elections will take place at 10am today.

There was 1 candidate from Unity Fiji, Mohammed Riyaz Khan whose nomination had been processed based on police records and he had been found to have a previous criminal conviction.

However, Khan furnished the Electoral Commission with his court judgment in which it was found that there was no conviction to be entered.

The Commission upheld his appeal and has directed the Supervisor to add him to the final list of candidates.

This takes the total number of candidates in the general elections to 343.

The Electoral Commission received 2 objections from a voter against 2 candidates.

In evaluating the objection, the Commission found that the voter did not submit any grounds as required under section 30 of the Electoral Act and his objections were prima facie based on matters that do not fall within the ambit of section 23 of the Act.

The Commission dismissed the objections.

In terms of the appeals, the Electoral Commission received 10 appeals from nominees who had been rejected by the Supervisor of Elections as well as some from persons who had been withdrawn by parties and also a case of 4 persons who were not even nominated.

There were 2 candidates from Social Democratic Liberal Party who appealed, however their nominations had been duly withdrawn by SODELPA and they had already been replaced by their party.

The Commission dismissed both these appeals on the same grounds.

One candidate, Seremaia Tui had appealed the rejection of his nomination which was also dismissed by the Commission as it was found that he had a previous criminal conviction.

The Commission found that Seremaia Tui’s nomination did not meet the requirements of section 23(4)(g).

There were 4 candidates from Unity Fiji who had appealed but their nominations were withdrawn by the party and not filed at all.

It did not meet the legal basis of an appeal.

There was also another candidate, Ifereimi Buaserau who appealed the decision to the Commission but it was dismissed given that there was sufficient evidence to prove that he had a previous conviction.

Amjad Ali from People’s Alliance filed an appeal but this was dismissed as the party had already replaced him in its list of candidates.

Stay with fijivillage for the live coverage of the National Candidates Ball Draw at 10am today.