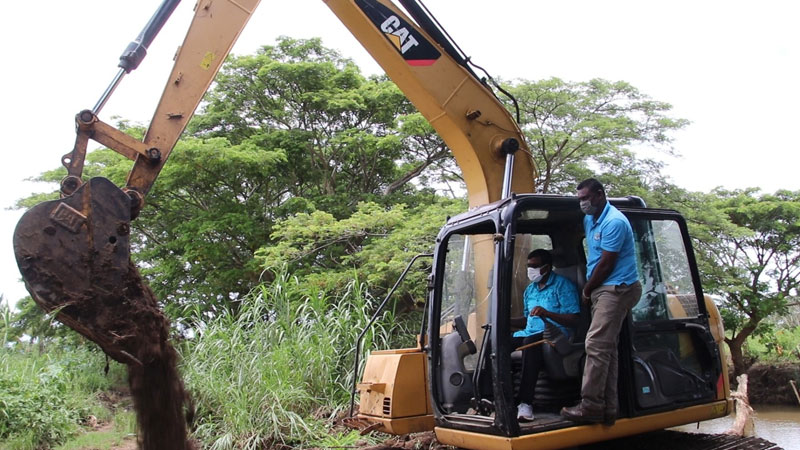 There is some good news for the residents of Tavua as the desilting work along the Nasivi River has begun which is expected to mitigate flooding.

Tavualevu Village Spokesperson, Tupa Telawa says during the rainy season, the village is constantly flooded and crops on village farms are washed away.

He has thanked the Ministry of Waterways as their livelihoods had been constantly and adversely affected by flood waters.

While commissioning the desilting works, Minister for Agriculture, Waterways and Environment, Doctor Mahendra Reddy says desilting works will ease the water flow of the river during heavy rain.

He adds failure to clear the waterways from silt and debris brought in by flooding incidents brought about by natural disasters such as TC Cody could result in major infrastructural damages or in some instances, major damages to the houses and businesses in Tavua Town which could lead to a loss in business, and threaten the livelihoods of thousands of Fijians.

The desilting works will be carried out 3km downstream of the river mouth from Tavua Town and will include the removal of debris and silted material from the river.