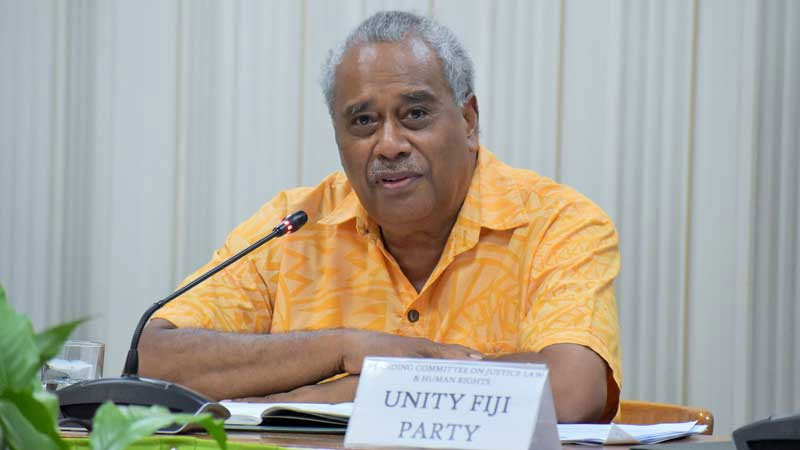 Unity Fiji Leader, Savenaca Narube is calling on all cabinet ministers to disclose publicly every year any foreign bank accounts that they and their spouse hold, how much are in these accounts, and what were the sources.

Narube says the ministers should declare publicly any interest that they, their spouses and their children hold in any company here and abroad, and the government’s dealings with these companies.

He says in the name of transparency, the cabinet ministers must publicly disclose the awards of government tenders that were overturned by a minister, who was the tender awarded to and how much was the contract.

The former Governor of the Reserve Bank of Fiji says they should also publicly declare the awards of tenders which did not comply with the tender procedures set out in the Financial Management Act, Financial Instructions, the tender requirements and any other relevant legislations, and gifts of any kind that they receive, their value and the sources.

The former Governor adds it is ironic that the office holders of political parties are required by law to disclose theirs and their spouse’s assets and liabilities every year while the Ministers are not required to do so.

Narube says if this cabinet does not heed this call for greater transparency, its members are confirming to us beyond any doubt that there is one law for the rest of us and another for them.

We have sent questions to Attorney General and FijiFirst General Secretary, Aiyaz Sayed-Khaiyum on the government’s stand regarding the call made by Narube.

We have also asked if Sayed-Khaiyum believes it is a fair call to get all the cabinet ministers to make disclosures yearly and whether he expects these matters to be considered in the near future. Sayed-Khaiyum is yet to respond.

More Fijians are expected to get employment opportunities in Australia after Labour Solutions Australia interviewed 56 potential workers since ... 24 minutes ago