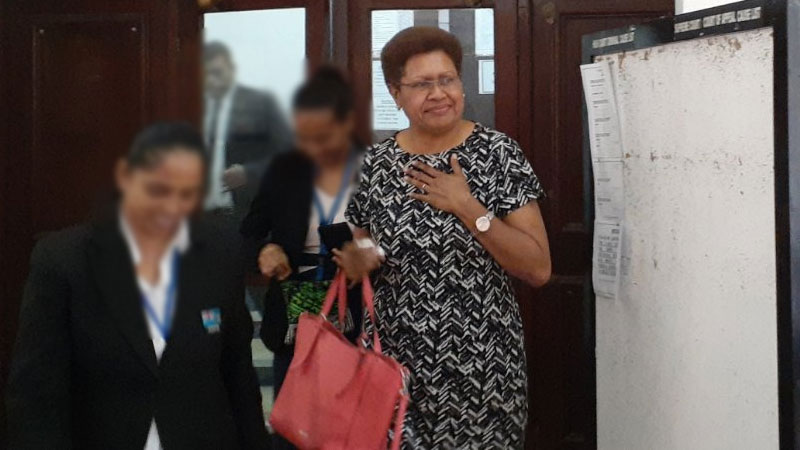 Former Acting Secretary General to Parliament, Viniana Namosimalua has revealed in court that the Prime Minister, Voreqe Bainimarama had sent her a Viber message about specific MPs whom he had received reports of claiming what they were not entitled to.

She highlighted this during SODELPA MP Ratu Suliano Matanitobua's trial.

The SODELPA MP is alleged to have falsely stated that his permanent place of residence was in Namosi Village and allegedly obtained $38,378.22 between August 2019 and April 2020.

While responding to questions by Ratu Suliano's lawyer Filimoni Vosarogo, Namosimalua says she was also questioned by the Minister for Economy during the budget submission if she knew some MPs were not residing in Suva.

Namosimalua says she had responded that MPs had signed a declaration about their residence and had left it at that.

While responding to questions by FICAC Commissioner, Rashmi Aslam earlier today, Namosimalua said questions were raised when staff were talking about MPs staying in Suva and taking a taxi to Parliament.

She says after the sitting finished on a Friday, she talked to the members face to face instead of hearing in passing conversation but she could not speak to Ratu Suliano as he had left but spoke to other members.

Namosimalua also says Ratu Suliano’s postal address was in Suva and he had said he resided in Namosi Village.