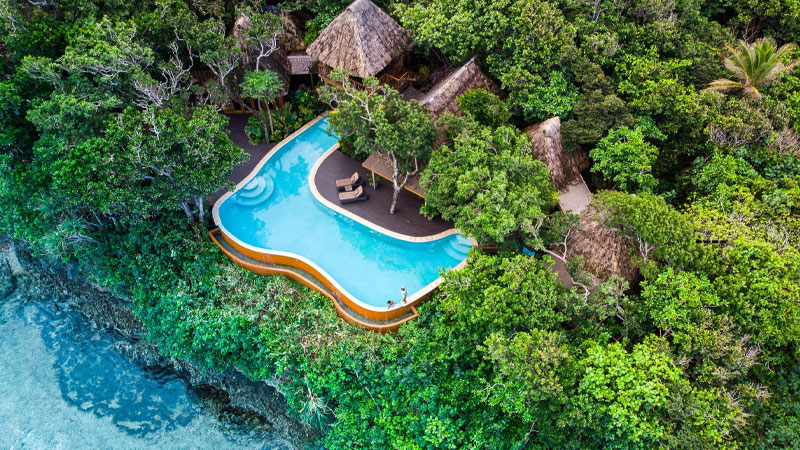 Savusavu based five-star Namale Resort and Spa has opened their doors after being closed for about 20 months and have re-employed their 200 staff.

Resort Manager, Bill Keefe says they had to scale back and were able to retain only about 70 to 80 employees throughout those 20 months.

Keefe says when they realised that borders were not going to open anytime soon, they changed direction and began to undertake major renovations and made improvements to the property.

He adds the resort only had enough resources to assist the employees they had to let go for upto a month but Savusavu has a healthy farming opportunity and many of their staff went back to farming.

Keefe says they are targetting 100% occupancy over the holidays.

Keefe adds he knows that the Ministry of Health, Tourism Fiji and Ministry of Commerce, Trade Tourism and Transport have worked very hard to put together a program to safely re-open Fiji and it seems to be working very well.

Namale Resort and Spa has 22 stand-alone units and their sister hotel, Wasawasa Lodge and Conference Center has 52 rooms and other facilities for functions such as seminars and workshops.