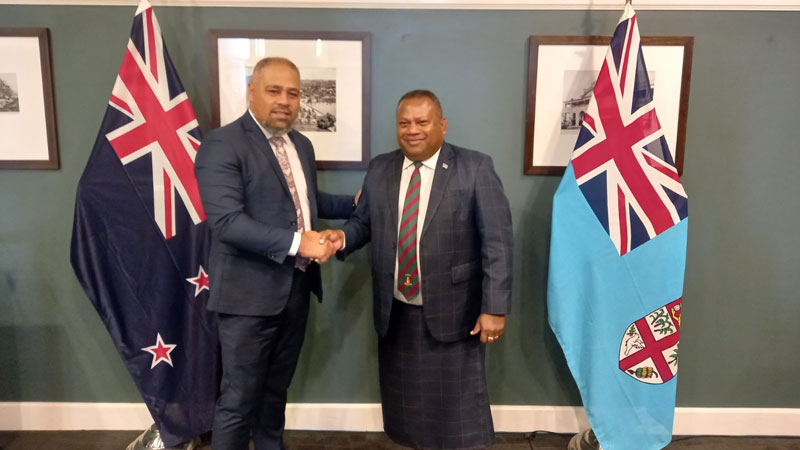 New Zealand’s Minister for Defence Peeni Henare who is in the country at the moment says their High Commission in Fiji is working to ensure that they support the upcoming general elections.

Henare met with the Minister for Defence and National Security Inia Seruiratu this morning where discussions were held in relation to safety and security in the region.

While speaking at a media briefing today, Henare says coming to Fiji first was deliberate so that they can continue to strengthen their ties together.

He says New Zealand is keen to work with Fiji in the areas of maritime security and there is a need for the forces of the two countries to work together.

Minister for Defence Inia Seruiratu says the visit by Henare to Fiji has reaffirmed their shared commitment to improving security in the region.

Seruiratu says they have spoken about some outstanding issues because we are a vulnerable nation and the security forces of both countries have a critical role to play.

He adds we are a maritime country but unfortunately we have limited capability to police our exclusive economic zone.

Minister for Economy, Aiyaz Sayed-Khaiyum has confirmed the Ministry of Education is working on some capacity building in terms of technical and ... 2 seconds ago

A 20-year-old man will be produced in the Suva Magistrates Court this afternoon charged for his alleged involvement in the Raiwai brawl on ... 45 minutes ago

A man has questioned why scholarship places were removed for USP’s Pacific Technical and Further Education (Pacific TAFE) for technical and ... 6 hours ago
More News
TOP