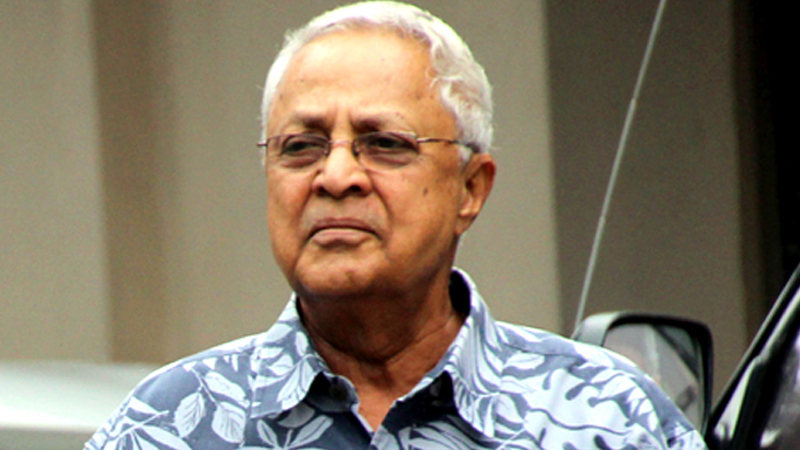 National Farmers Union General Secretary, Mahendra Chaudhry has welcomed the allocation of funds in the 2021/2022 National Budget to retain the minimum guaranteed price of cane.

The Union has thanked the cane farmers who supported its call to delay harvesting until provision was made for the guaranteed minimum price of $85 per tonne of cane.

He says it was evident from the substantially reduced forecast price and delivery payment for this year's crop that the Government was not intending to continue the guaranteed price.

Chaudhry says the failed attempt last year by the Minister for Economy to reduce the guaranteed price to $70, the low 4th cane payment for the 2020 crop and non-payment of $15 owed on it to farmers were seen by the Union as further indicators of his intention to discontinue the guaranteed price.

Chaudhry says it was largely through disruptions to the milling of cane caused by a majority of farmers delaying their harvest that the Government has relented.

He adds now that the money is there, the Government and the Fiji Sugar Corporation should get off their high horse and pay the balance of $15 owed to farmers for last year's crop without delay.

Chaudhry says adjustments should also be made to the forecast price and delivery payment based on the guaranteed price.

He has also called on the FSC and Government not to victimise the farmers who stood up for their rights.

In his budget address, Minister for Economy Aiyaz Sayed-Khaiyum had said that they are extending the minimum guarantee price of $85 per tonne for the 2021 season because they understand the plight of our farmers.

Sayed-Khaiyum says they have always supported the sugar industry and they always will. He has thanked the cane farmers for starting their harvesting knowing full well that the Government will not leave them behind.

The Attorney General has also thanked the farmers and all the industry stakeholders who did not succumb to the self-interested call for a boycott.

Sayed-Khaiyum says our farmers know very well that a harvesting boycott could never be in their interest and could only serve the interests of those who would use our cane farmers for political gain.

Sayed-Khaiyum says this includes a funding allocation of around $47 million for the sugar cane price support.

He says around $22.9 million is for the additional top-up payment required for the 2020 season and $24.1 million is to pay for the minimum guaranteed price of $85 per tonne for the 2021 season.