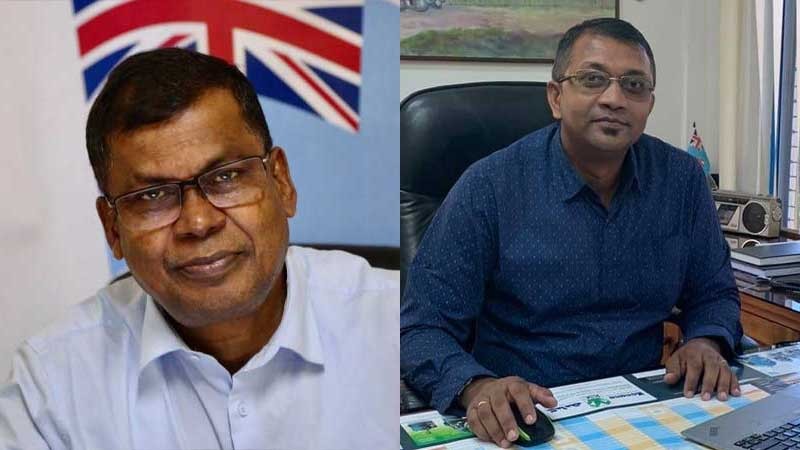 National Federation Party Leader Professor Biman Prasad says the deduction of premium for the insurance bundle for cane growers from the final payment for the 2020 crop without the growers’ consent is fraud however the CEO of the Sugar Cane Growers Council, Vimal Dutt says the Council has the mandate to make decisions on behalf of the growers especially when it is to do with their welfare.

Professor Prasad says they are demanding that all growers be refunded by this Friday, failing which they intend to report the matter to police.

The NFP Leader says unknown to growers, 37 cents per tonne has been deducted for the bundle insurance scheme. He says it is not an authorised deduction permitted under the Master Award.

He says the yearly premium for the $10,000 cover is $52 per year or $1 per week but all growers who have harvested over 141 tonnes of cane last year have had more than $52 deducted from their proceeds.

The NFP Leader has further questioned whether the Sugar Cane Growers Council authorised the deductions adding that an unelected Council does not have powers to do this. Professor Prasad has also questioned why the deduction is not reflected on the statements provided to growers.

He adds this is alleged fraud and like a racket where unsuspecting growers without their knowledge and agreement have overpaid for something that they do not know about.

The CEO of the Sugar Cane Growers Council, Vimal Dutt had earlier said the $600,000 deduction for the Growers Micro Bundle Insurance Scheme is a deduction from the growers total share of proceeds and not from the unit price of around 12,000 growers.

Dutt further says this is the only material methodology for deductions now as there is no alternative solution to it.

Dutt says in time to come they may explore external funding that would probably ease the situation. He says the Sugar Cane Growers Fund paid the premium for the Growers Micro Bundle Insurance Scheme from 2017 to 2020 and the Government also paid the premiums for 6 months.

He further says this means it becomes the responsibility of the growers to pay the premiums for the 2021 season. According to Dutt, 360 growers have benefitted from the claims with a value of $1.1 million which means this money has reached the growers and their families.

The CEO of the Fiji Sugar Corporation, Bhan Pratap Singh had also said earlier that all deductions have been made in accordance with the provisions contained in the Master Award.

We have contacted Dutt and Singh for a response on NFP’s statement. They are yet to respond.