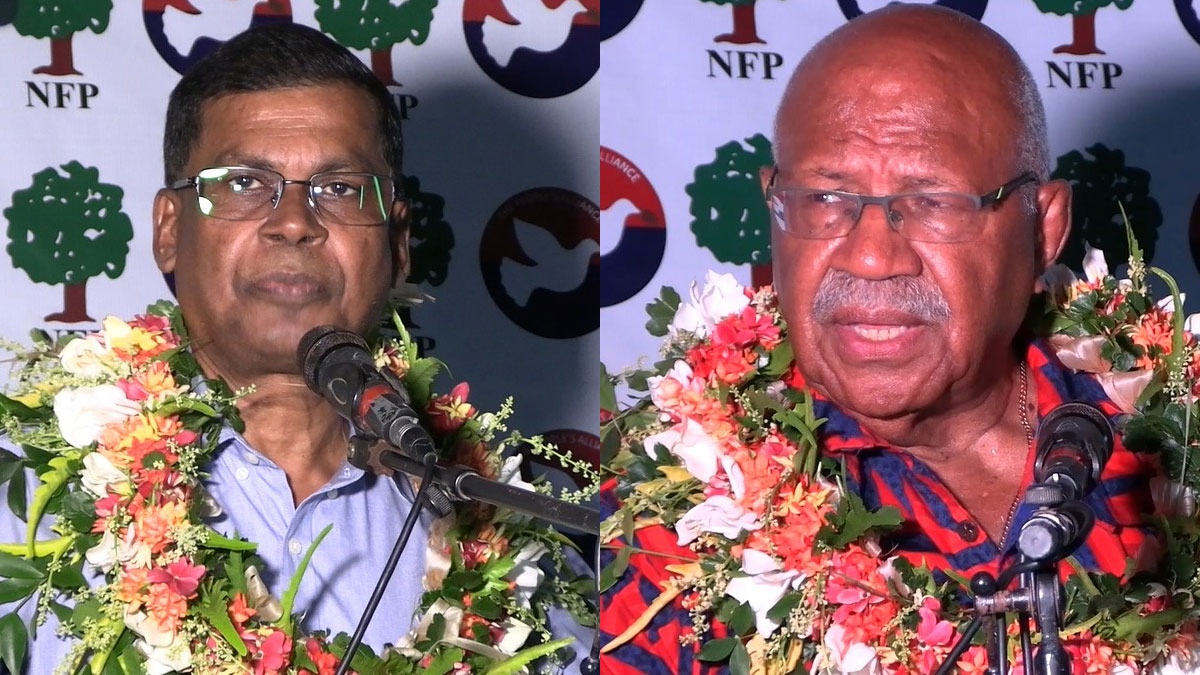 People’s Alliance Leader Sitiveni Rabuka says people fear the government now because they are afraid when they criticise them, the government will act against them.

While speaking at the joint rally of the People’s Alliance and the National Federation Party at AOG Primary School in Kinoya, Rabuka says fear was even present in cabinet since this government came in after the 2014 elections.

He says this was highlighted by two former FijiFirst MPs.

He says the people of Fiji should not be afraid and have courage because when they take office after the 14th of next month, that fear will be removed.

Rabuka adds they as the servants of the people will come together in a great mission to repair the damages that have been done to Fiji in the last 16 years.

National Federation Party Leader Professor Biman Prasad says the FijiFirst Party’s tactic is to threaten and create fear in this country however it will not work.

Prasad says he understands what the FijiFirst Party is doing but he knows the people are not cowards.