NFA investigates four fires that occurred in the last 24-hours

NFA investigates four fires that occurred in the last 24-hours 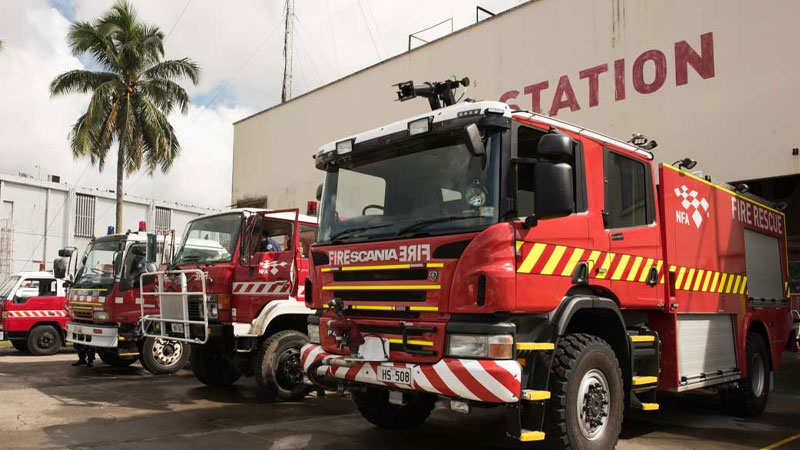 Two families are currently homeless while a school has lost all its equipment and an office has sustained damages following separate fire incidents in the last 24 hours.

Two reports were received at their Taveuni Station, one at the Lautoka Station and Ba Station.

The first reported incident in Taveuni was received at 12am yesterday.

It was a fire at an office belonging to the Assistant Roko Tui Cakaudrove.

The team managed to prevent the fire from spreading to other offices but equipment such as computers, stationary, tables, and chairs were destroyed.

The second report was received at 2.30am yesterday where a corrugated and timber house in Drekeniwai settlement was fully engulfed in flames.

The home was vacant at the time of the incident.

The Ba Fire Station received the third report at 10.15 last night where a staff quarters at Varavu Muslim Primary School was on fire.

The team were able to extinguish the flames, preventing it from spreading to nearby quarters.

The vacant home was used by the school as a storeroom.

The fourth fire incident was reported in Lautoka this morning, where a family of six lost everything and are now homeless.

NFA says when their team arrived at the scene the house was fully engulfed in flames.

The team was able to put out the fire and prevent it from spreading to nearby homes.

NFA is currently carrying out investigations into the four fire incidents to ascertain their causes.