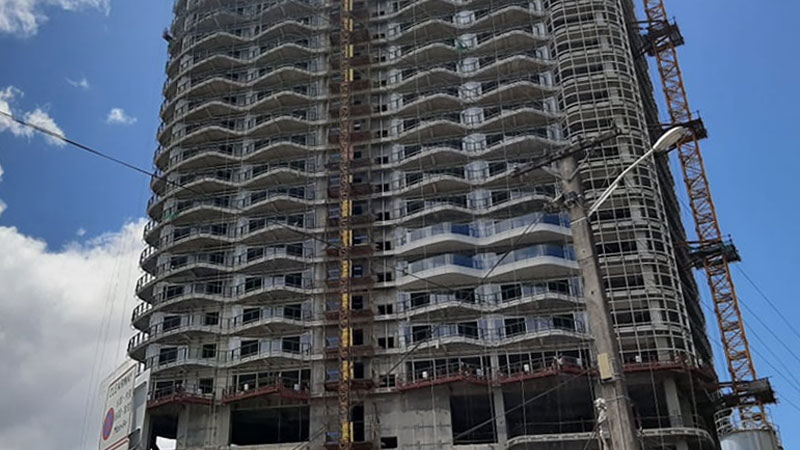 The National Fire Authority has asked for updated information about the material that will be used for the fire protection of the steel at WG Friendship Plaza which is currently under construction along Suva's McGregor Road.

Engineered Designs Director Vijay Krishnan who is helping manage the project says they are still waiting for some information from the client before making further submissions to the NFA.

Engineered Designs is the structural engineering company assigned to adapt the design of the building to local conditions.

Krishnan says the NFA wanted updated test certificates for the material that will be used for protecting the steel.

He says similar information was submitted to the NFA but that was a bit dated and they are awaiting the updated information from the client.

Krishnan says on-site there is nothing much happening as they are reviewing Occupational Health and Safety requirements.

This is being done under the direction of the OHS Division.

A 36-year-old Asian national fell from the fourth floor of WG Friendship Plaza on the 26th of last month as he was putting up scaffolding.

He was allegedly not wearing a harness.

At least another 18 months is needed to complete the construction of the WG Friendship Plaza which is a 28 storey luxury hotel and convention centre.

It is expected to have an inventory of over 300 rooms, observatory tower, boutique shopping, healthcare and entertainment complexes.

Construction on the project started in 2016.

The project is estimated to cost hundreds of millions of dollars.