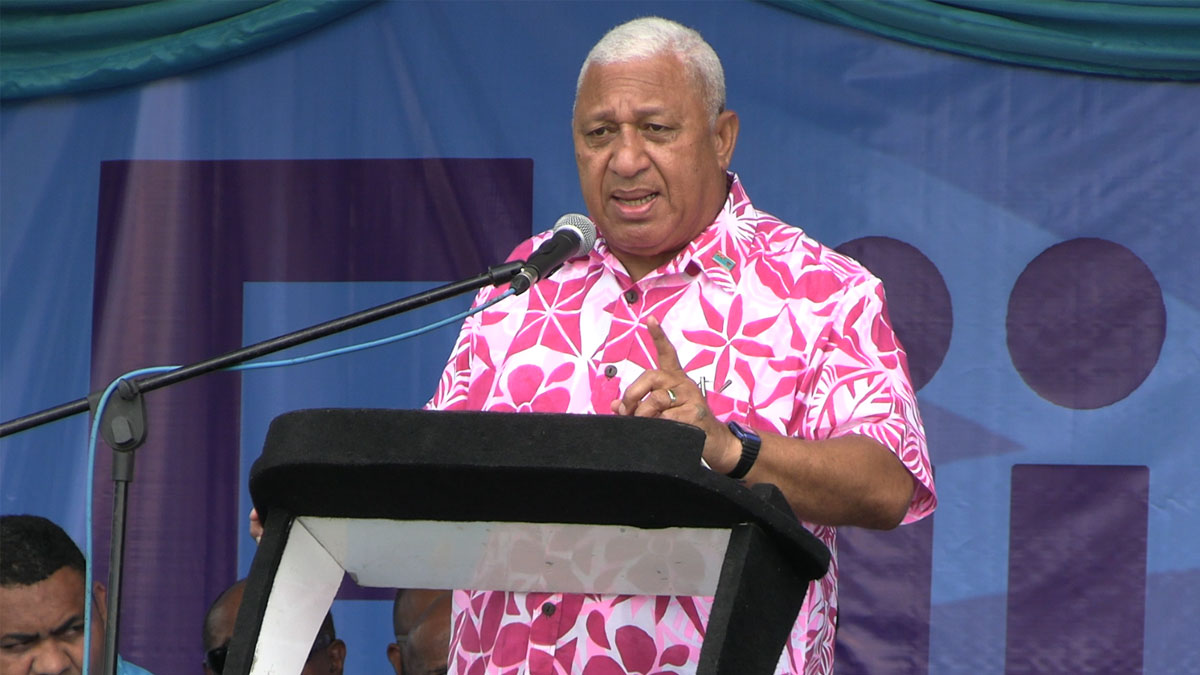 FijiFirst Leader, Voreqe Bainimarama says he has done more for the people of Fiji than any other Prime Minister in the country however National Federation Party Leader, Professor Biman Prasad says the debt level is shown in the government’s track record as Fiji had a debt of about $2.8 billion in 2006 and it has reached $9 billion in July this year.

Bainimarama made the comments about his record while speaking in the party’s rally at Nawaka Village.

Bainimarama also says the beneficiaries of his policies were cheering on Sitiveni Rabuka during the launch of the People’s Alliance manifesto last weekend.

Professor Prasad says when you take out $2.8 billion, you are still left with a debt that the government has piled up in 15 years compared to the debt that was piled up in about 36 years.

Prasad says the Minister of Economy forgets to tell the people of this country that he has been piling on debt since 2006.

He says this is a government that went on a spending spree.

Prasad says it is not a big deal to say that the Government is trying to say they will achieve a double digit growth.

He says people need to understand that we went into a negative growth so when you are recovering from that then obviously, the growth will be much higher so in a sense we are catching up from the lost growth that was experienced during COVID.

The Deputy Prime Minister and Minister for Finance, Professor Biman Prasad has met with the Indian External Affairs Minister Dr. S Jaishankar in ... 30 minutes ago

Landowners are not forgotten and their concerns are a priority that needed to be addressed. This has been highlighted by the Minister for ... 32 minutes ago

As people always look for better opportunities and living standards, no recognition and lack of reward contributes to the issue of labor brain drain ... 35 minutes ago