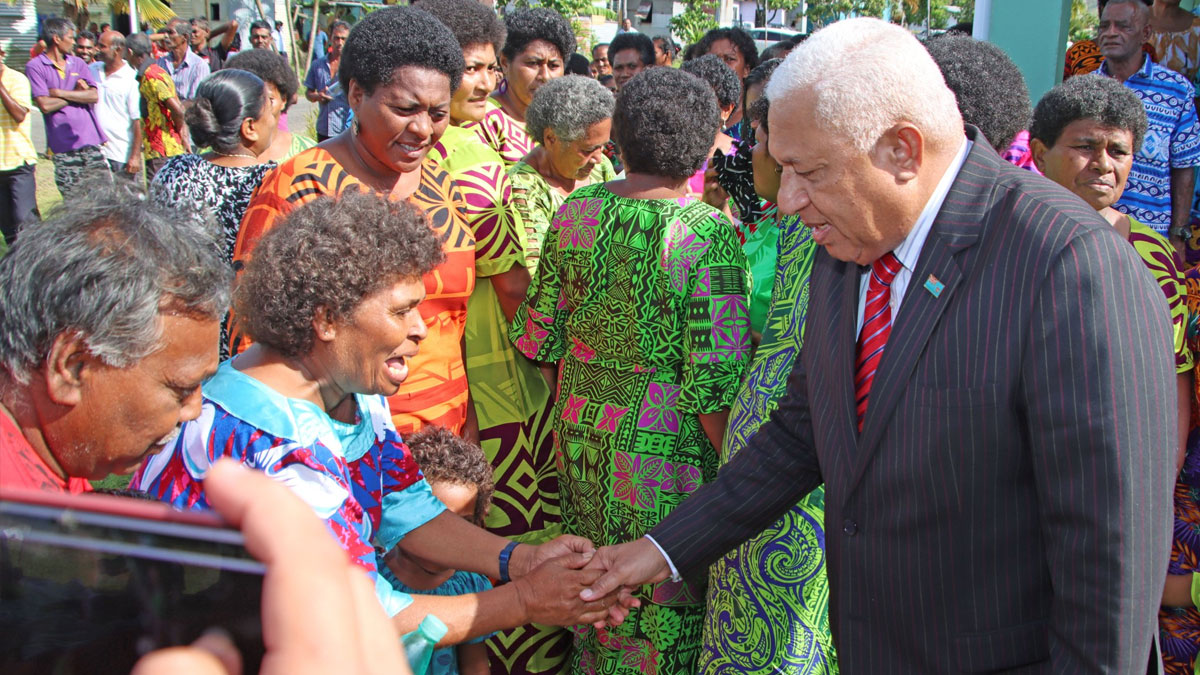 Prime Minister Voreqe Bainimarama says his political opponents never tell us what they would do if, God forbid, they ever entered Government. Bainimarama says instead, the Opposition have done everything they can to make this a moment to redouble their selfish pursuit of power.

While speaking at the Macuata Provincial Council meeting at Vunivutu Village, Bainimarama says his political opponents wake up every day and think about how they can distract the country from the important work that we have at hand, drum up negativity, and subject the entire country to their bitter brand of politics.

He says his political opponents set themselves against the newest National Budget without offering the nation any credible alternative policies.

Bainimarama says in a tacit admission of their total inability to make policy or lead a country, they blindly oppose everything the Government does.

He says apparently they think the job of the Opposition is to oppose the Government relentlessly but their role is to scrutinize and offer criticism that is constructive — and to oppose when that fails.

Bainimarama says to do that, an Opposition normally needs to offer alternatives, and to do that, they need a guiding political and economic philosophy that will help them develop alternatives.

Police have classified the death of the 16-year-old boy who was pronounced dead at the Colonial War Memorial Hospital on Sunday as murder. Initial ... 60 minutes ago
LATEST NEWS

Police have assured fans and family members who will attend the Vodafone Super Deans final in Lautoka that all efforts are being directed to ensure ... 21 minutes ago