Mrs. Leba Qarase and family thankful for the Fijian Government’s decision to lift the ban on inter-island travel

Mrs. Leba Qarase and family thankful for the Fijian Government’s decision to lift the ban on inter-island travel 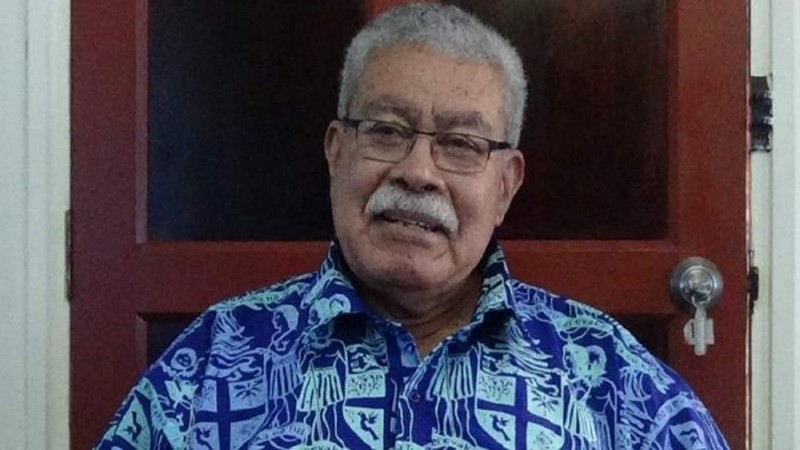 Mrs. Leba Qarase and the family of the late former Prime Minister, Laisenia Qarase have stated they would like to place on the record the appreciation to the Fijian Government’s decision to lift the ban on inter-island travel.

The Fijian Government has also offered to meet the cost of the plane to carry the late Qarase and the ship to take the family members to Lau.

The family's spokesperson, Mesake Koroi says now the vanua ko Qalitu can join the family of Tui Kobuca, Laisenia Qarase in according him a funeral that befits a leader that he really was.

Koroi says a government boat would depart for Vanuabalavu on Monday, carrying family members of the former Prime Minister.

The casket of the late former Prime Minister will be flown in a chartered aircraft to the island on Wednesday for burial.

Commercial operator, Goundar Shipping is also putting up a special trip to Vanuabalavu on Monday for mourners who would want to travel to the island. The company is offering a concession return fare of $100.

The family of the late Qarase has confirmed that the former Prime Minister will be laid to rest in his village of Mavana on the island of Vanuabalavu in Lau Province.

Koroi said in a statement that one of Qarase’s final wishes could now be fulfilled following the government’s decision to relax inter-island travel from tomorrow.

He passed away at the Oceania Private Hospital in Suva on Tuesday after a short illness. He was 79.

He is survived by his wife, Mrs. Leba Qarase, seven children, 27 grandchildren and three great grandchildren.

A man who is alleged to have received stolen items is now in police custody. Officers from the Police Southern Division Taskforce managed to ... 43 minutes ago