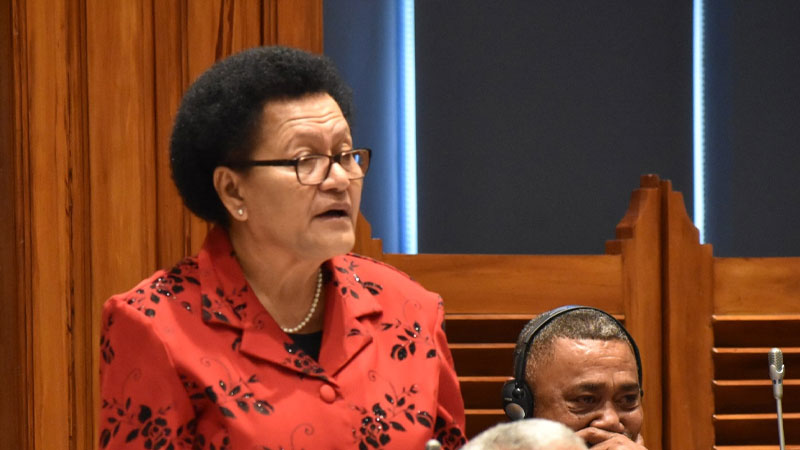 SODELPA MP Adi Litia Qionibaravi’s motion to increase Turaga-ni-Koro Allowance from $1.43 million to $2.86 million in the 2020-2021 National Budget has been defeated.

While moving the motion, Qionibaravi says Turaga-ni-Koros receive $100 monthly allowance when they all know that they work around the clock in the village.

Qionibaravi says the Turaga-ni-Koros are not receiving enough money for their work and this is a very sad situation given the official of the village has to coordinate all government and non governmental visitations and they have their own work where they coordinate other activities. She says the monthly allowance should be increased from $100 to $300.

Bainimarama also said that Turaga-ni-Koros also should not be compared with any other employee.

Another SODELPA MP, Mosese Bulitavu while supporting the motion stated that at times Turaga-ni-Koros have to provide money from their own pockets and $100 monthly allowance is not enough.

Assistant Minister for iTaukei Affairs, Selai Adimaitoga then highlighted that Turaga-ni-Koros do not work on a full-time basis.

The Chairman of the Association of Banks, Rakesh Ram has stressed that liquidity is not the only factor that determines the interest rate in the ... 1 hour ago

Fijians are being negatively affected as e-ticketing machines at the Suva Bus Stand and others around Fiji are currently not working, and Vodafone ... 1 hour ago

14 children have passed away due to cancer this year alone as they were brought in too late for medical treatment while there are currently 70 ... 6 hours ago

High Court Judge Justice Riyaz Hamza has sentenced a 29 year old man to 18 years imprisonment for raping two boys in Nasinu in 2017. He was ... 6 hours ago
More News
TOP