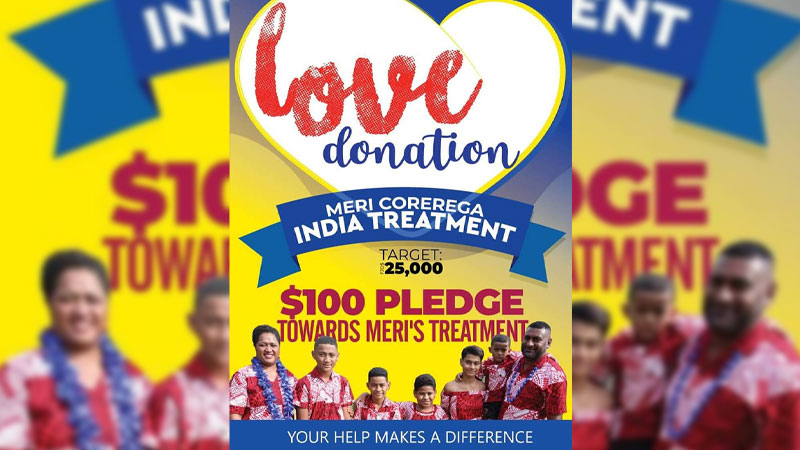 A husband is urging Fijians to come forward and assist his wife who is suffering from brain tumour and needs to go to India for urgent medical assistance.

Filipe Corerega says his wife Meri was diagnosed with a brain tumour in 2014 and managed to undergo surgery in 2015.

Corerega says she began experiencing repeated epileptic episodes ranging from two to four times a day last year and was seen by a neurosurgeon who prescribed another medication to suppress it.

He says everything was fine until last week when she began experiencing short term memory loss, speech difficulties and has also started to face difficulty with her mobility. 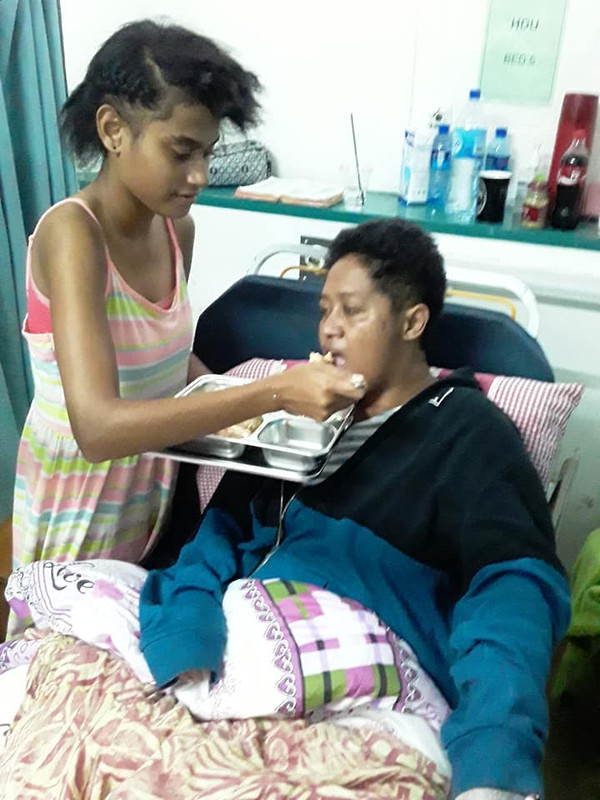 Corerega says she has been recommended by a doctor to undergo brain surgery but it can only be done overseas.

He says their total medical and travelling expense will be close to $25,000 and they have collected around $3,000 so far.

You can donate funds to this worthy cause through Filipe Corerega’s BSP bank account number 80412920 or call him on 9520188.