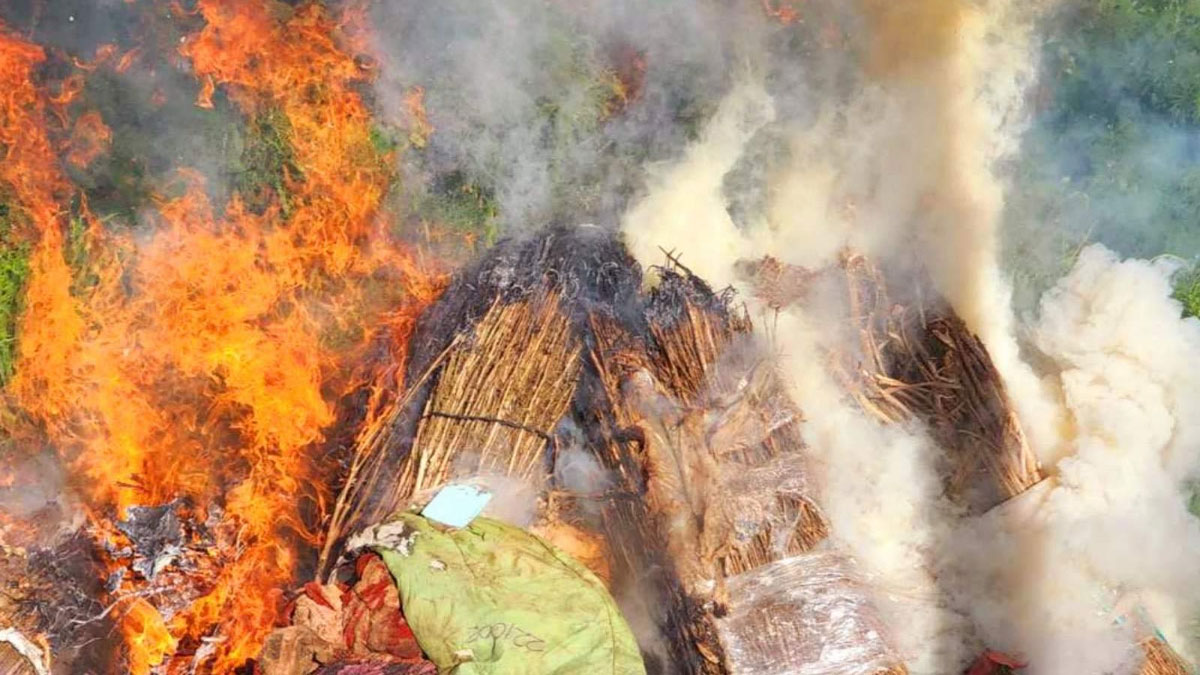 More than 5 tonnes of marijuana kept as exhibits from 2018 - 2021 have been destroyed at the Kadavu Police Station this morning.

76 affidavits for the application for the disposal of drugs seized during the four-year period in Kadavu were filed by the Suva Police Prosecution in the Suva Magistrates Court, and granted on Friday.

Commissioner of Police Brigadier-General Sitiveni Qiliho who is in Kadavu reiterated the organisation's intent on destroying all hard drugs kept as exhibits, following the process of getting the court approval for destruction.

Qiliho says by tightening up on this process, officers won't be tempted to take out drugs kept as exhibits and ensures the handling of illicit substances is done in a transparent and accountable manner.

He reiterated that officers who are working against the efforts of combating the illicit drug trade have no place in the institution.

Qiliho stresses such involvement undermines the integrity of the policing profession and tarnishes the reputation and hard work put in by thousands of officers who are committed in fighting the war on drugs.

President Joe Biden is issuing an executive order pardoning all Americans, who have been federally convicted of simple possession of ... 42 minutes ago