More than 40,000 packs of food rations dispatched to affected areas so far

More than 40,000 packs of food rations dispatched to affected areas so far 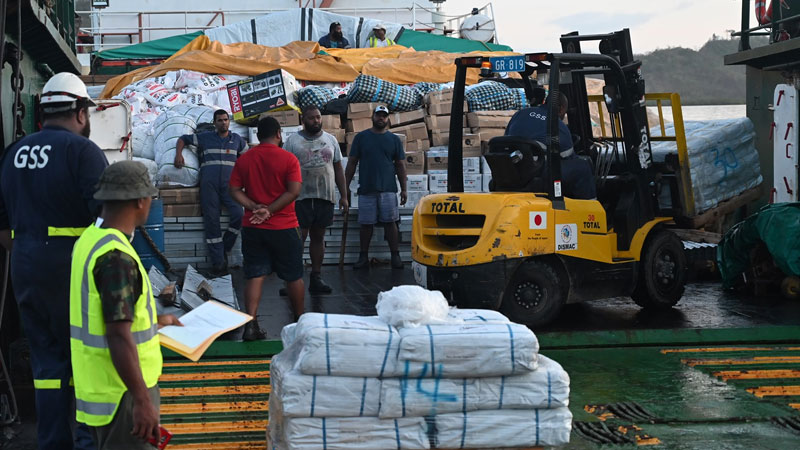 More than 40,000 packs of emergency food rations have been dispatched to the Northern, Western and Eastern Divisions so far.

Other items such as clothes, shelter toolkits, kitchen sets, tarpaulins, dignity and hygiene kits and other relief items have also been distributed to affected families and communities across the three divisions.

She also says works on the restoration of power and water supply in some severely affected areas on Vanua Levu still continue.

Soko adds they now have 84 organisations and individuals who have registered with them which has greatly assisted coordination of relief supplies on the ground.

The Director adds they are continuing to work with the Ministry of Health to raise awareness on the Leptospirosis, Typhoid, Diarrhea and Dengue Fever to prevent any outbreak of diseases.