Mike Tyson will not face charges for punching passenger

Mike Tyson will not face charges for punching passenger 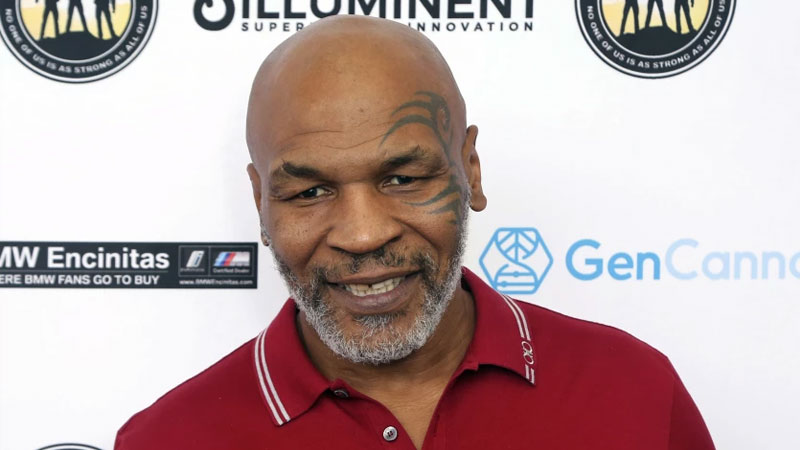 Authorities will not file criminal charges against Mike Tyson, shown at a celebrity golf tournament in Dana Point in 2019, after he was recorded on video punching a fellow first-class passenger aboard a plane last month.(Willy Sanjuan / Associated Press)

Former heavyweight champ Mike Tyson will not face any criminal charges after he was recorded on video punching a fellow first-class passenger aboard a plane at San Francisco International Airport last month.

The San Mateo County District Attorney’s Office says it has closed the case and decided against pursuing charges based on the circumstances surrounding the confrontation.

The office says these include the conduct of the victim leading up to the incident, the interaction between Tyson and the victim, as well as the requests of both the victim and Tyson that no charges be filed in this case.

Representatives for Tyson previously said the boxer was on a flight with an aggressive passenger who began harassing him and threw a water bottle at him while he was in his seat.

The April 20th video shows Tyson leaning over the back of his seat repeatedly striking the unidentified man in the head, drawing blood.

The marginalized, at risk and poor in the community will now be able to get much needed support through the opening of DHIVE Community Centre in Marti... 3 minutes ago
LATEST NEWS