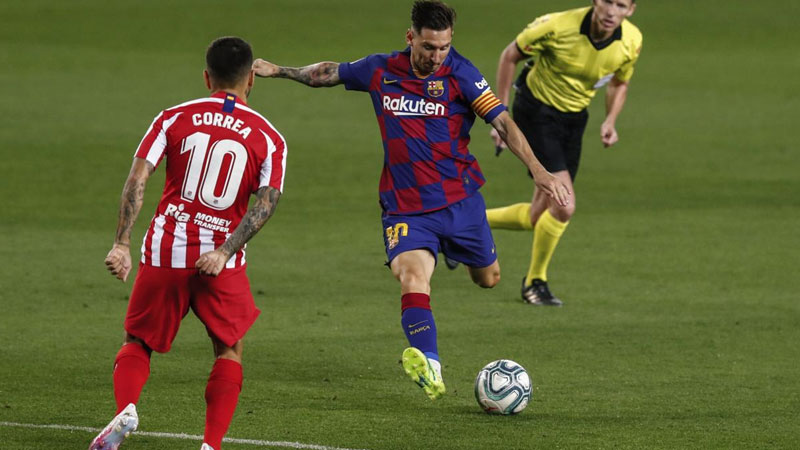 Lionel Messi scored his 700th professional goal but it was not enough as Barcelona were held to a 2-2 draw by Atletico Madrid in the Spanish La Liga this morning.

The draw leaves Barcelona a point behind league leaders Real Madrid who still have a game in hand.

⭐️ @FCBarcelona knew they had a star when @10Ronaldinho urged them to hand a 17-year-old his pro debut. Who, though, could have imagined that within 16 years he would have scored 700 goals for club & country?

🌌 When will we discover the planet on which Lionel Messi was born? pic.twitter.com/CJZqVPdc3W

Atletico Madrid striker Diego Costa scored an own goal as Barcelona led 1-0 before Saul Niguez equalized for Atletico from the penalty spot.

Messi gave Barcelona the lead early in the half via a penalty but Saul again equalized from another penalty.

Meanwhile in the Italian Serie A, Cristiano Ronaldo scored a goal as Juventus beat Genoa 3-1.