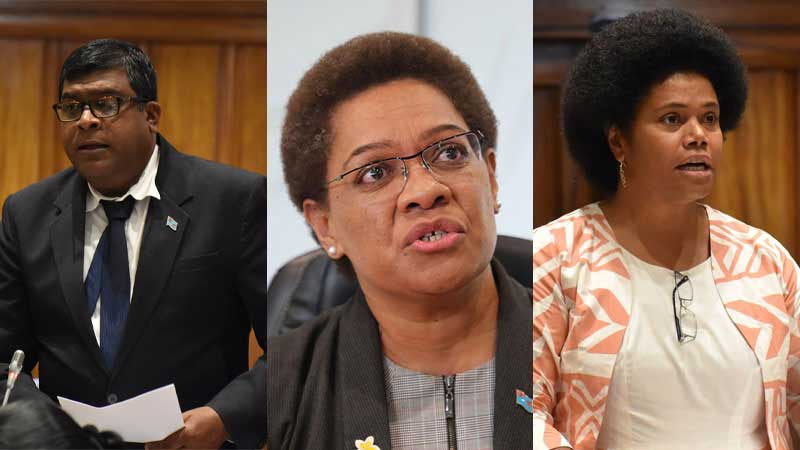 Former Minister for Women, Children and Poverty Alleviation, Mereseini Rakuita has the raised the question on whether women in leadership will continue to be called names everytime they speak on issues that matter to them after National Federation Party MP, Lenora Qereqeretabua was called a “drama queen” by the Agriculture Minister, Doctor Mahendra Reddy.

Rakuita has posted on her facebook page on how can we expect the ordinary Fijian to respect the power and agency of women’s voices if our leaders don’t lead by example.

She says is it her or is there a real pushback against gender equality and the whole host of issues that accompany it especially during the #16DaysofActivism each year.

Rakuita says a week or so ago she was privileged to sit on a panel on “Women in Leadership” with Lenora Qereqeretabua where they shared their insights and experiences on the topic both inside and outside of the August House.

The former Women’s Minister says even though they sat in opposing political parties with opposing views on many things, their experiences as women in politics were very similar.

Rakuita says Qereqeretabua gets called a “drama queen” in the House for voicing her opinions on environmental issues inside the same House.

The former Minister says C’mon Fiji, we can do much better than that.

Qereqeretabua had highlighted that communities beside the Wainadoi River depend on rainwater and the tributaries for water for bathing, washing, cooking during the dry months, because despite pre-election promises, they are still without piped water. She says what was once the best water source for all residing along this natural ecosystem has now been destroyed.

Qereqeretabua said at any one time there have been up to 3 diggers working in the creek with 7 different trucks taking loads and the banks of the creek are damaged and weakened for about 350 metres downstream.

She then said it is totally misogynistic for Environment Minister, Doctor Mahendra Reddy to call her a “drama queen” when she is raising the issues he should fix.

Meanwhile Minister for Agriculture, Waterways and Environment, Doctor Mahendra Reddy has said in parliament today for Qereqeretabua to get her facts right.

Dr. Reddy says prohibition notices were issued to an individual to refrain from discharging sediments in the creek in Wainadoi and later to stop extraction from the creek.

He says the Director of Environment held a meeting with the concerned individual on November 22nd and informed him of the reasons for the prohibition notices and the breaches.