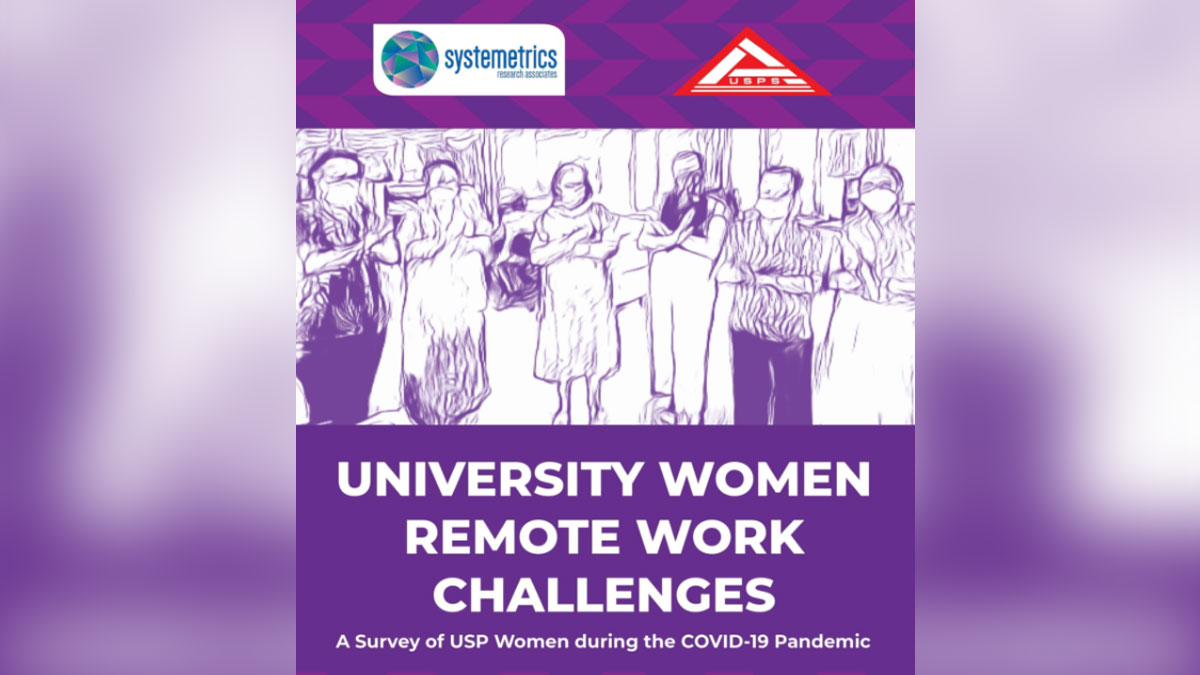 A survey of women staff at the University of the South Pacific campuses that had COVID-19 Work From Home periods has found that while some women enjoyed the flexibility of working from home, for others it was an extremely stressful time.

The report states that over 40 percent reported experiencing that their feelings had piled up so high that they could not overcome them.

The report further states that there was also some evidence of the “shadow pandemic” of domestic abuse adding that although the reported levels were low, it is likely that the real incidence is much higher.

Responses were received from 267 women from a total of 766 women at USP, representing academic, professional, and support staff.

The Chair of the Association of University of South Pacific Staff Rosalia Fatiaki says women with young children had a lot to juggle, and those who rely on the internet for their work had particular frustrations – some had to wait until after midnight to get a strong enough signal.

Around 30 percent of respondents reported having developed COVID-19 during the Work From Home periods, and 57 percent had lost a family member or close friend from COVID-19 as well as other causes

The report states that most women were satisfied with the level of support provided by the university, and the report includes a number of recommendations for future support.

The survey was conducted by Dr Hilary Smith (Honorary Affiliate Researcher at the Australian National University and Massey University) for the Women’s Wing of the Association of University of South Pacific Staff.