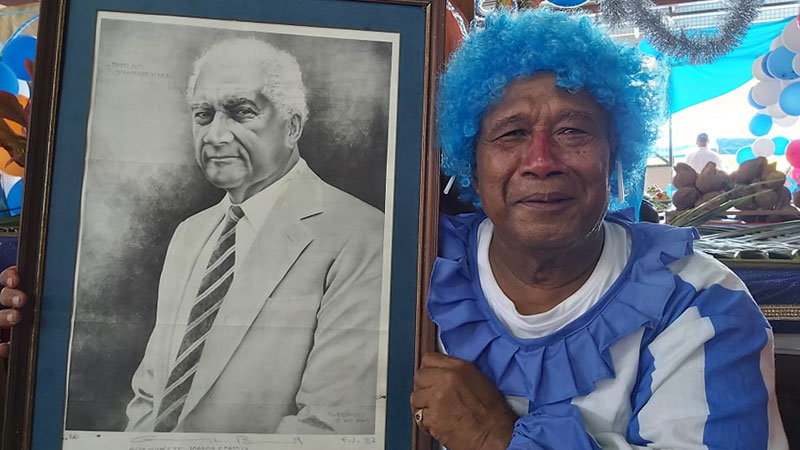 75-year-old Manoa Mate recalls standing as a proud Fijian alongside thousands at Albert Park on 10th October 1970 with tears flowing down their faces as the Fiji flag was raised for the first time.

Mate was one of the many vendors that celebrated Fiji’s 50th year of independence at the Laqere Market today.

During the celebrations today, Mate proudly carried with him a portrait of the late Ratu Sir Kamisese Mara who was Fiji’s first Prime Minister.

Every single stall at the Laqere Market was decorated today to commemorate Fiji’s 50th year of independence.

Kasalaini Lewadali was given the award for the Best Decorated Stall.

Her decorations reflected the path Fiji has taken as a country in the last 50 years.

Lewadali says she remembers they took a family photo on 10th October, 1970 and that photo still proudly hangs in their house today. 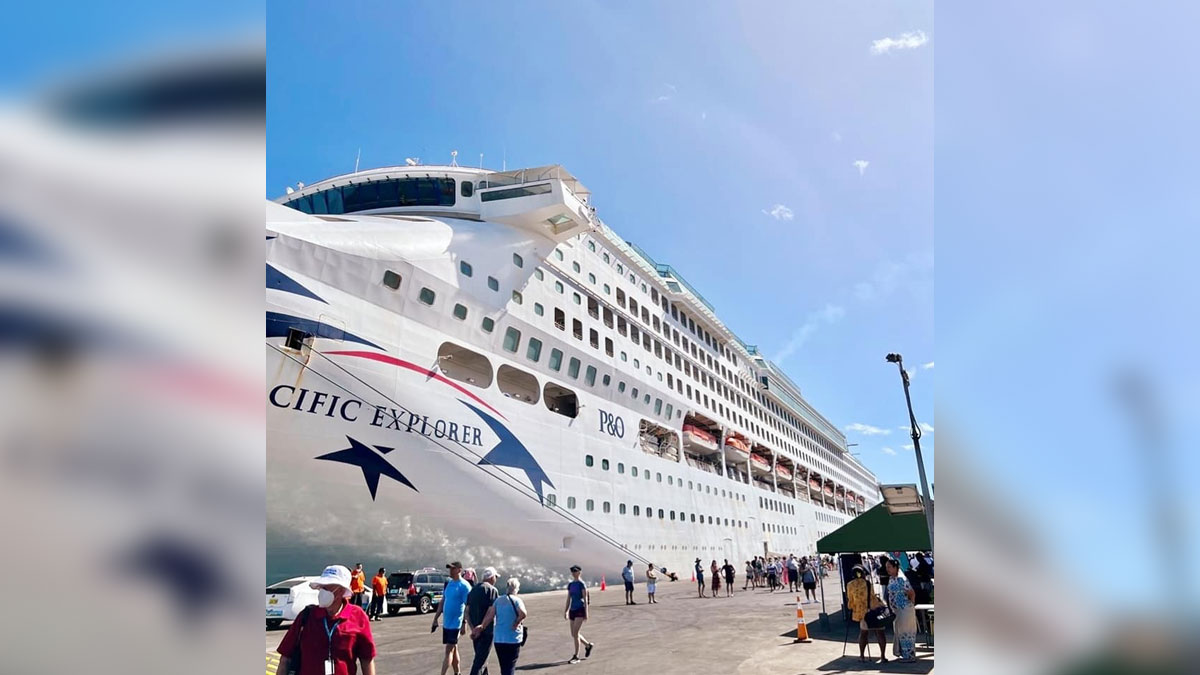 Fiji has welcomed its first cruise ship since the pandemic. Carnival Cruise’s Pacific Explorer made its port call in Lautoka yesterday to a ... 5 minutes ago

A 20-year-old man will be produced in the Suva Magistrates Court this afternoon charged for his alleged involvement in the Raiwai brawl on ... 8 minutes ago

A man has questioned why scholarship places were removed for USP’s Pacific Technical and Further Education (Pacific TAFE) for technical and ... 5 hours ago
More News
TOP