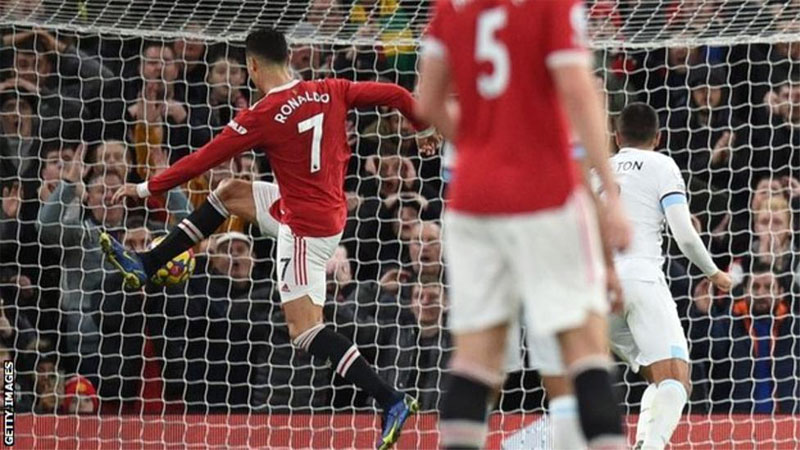 Manchester United scored three first-half goals for the first time in the English Premier League since January as they swept Burnley aside 3-1 at Old Trafford to move back into the top six.

Cristiano Ronaldo scored the other goal for United.

The victory extends United's unbeaten run since the dismissal of Ole Gunnar Solskjaer to eight matches.

At sixth spot, United have 31 points while Manchester City is leading the table with 50 points.