Three arrested for not wearing a mask in public

Three arrested for not wearing a mask in public 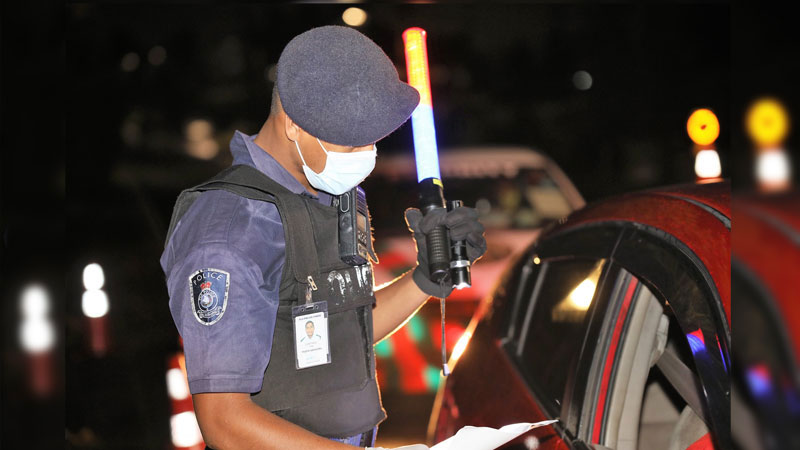 34 of the fifty-three arrests recorded over the last 24 hours for breach of health and curfew restrictions were directly linked to the consumption of alcohol.

10 of the arrests were linked to kava consumption while three people were arrested for failing to wear a mask in a public place within a containment zone.

In the Western Division, of the 26 reports, 12 were linked to the drinking of alcohol.

Acting Police Commissioner Rusiate Tudravu says people were either arrested for breach of social gathering restrictions, being involved in a drinking party or were found loitering in a public place heavily intoxicated during curfew hours in Sigatoka, Nadi and Lautoka.

One report recorded in Namaka involved a 17-year-old boy who was drinking with three others.

10 men were arrested for breaching social gathering restrictions as they were drinking yaqona in Itatoka, Ba.

In the Southern Division, 11 arrests were linked to the consumption of alcohol.

In the Eastern Division, of the 14 reports recorded, 11 were linked to the consumption of alcohol and breach of social gathering.

Three men were arrested and charged for failing to comply with orders as they were seen walking along JP Maharaj Street in Nakasi without wearing masks.

Tudravu says it is upsetting to see the high number of reports for breach of social gatherings despite the repeated requests and warnings of its dangers.

He says those who continue to disregard the advisories and warnings are being selfish because they are risking the lives of their loved ones over a few hours of fun that only they stand to benefit from.

Tudravu says we should never forget that those hours of fun could ultimately turn into days and weeks of suffering, pain or even worse the loss of life.