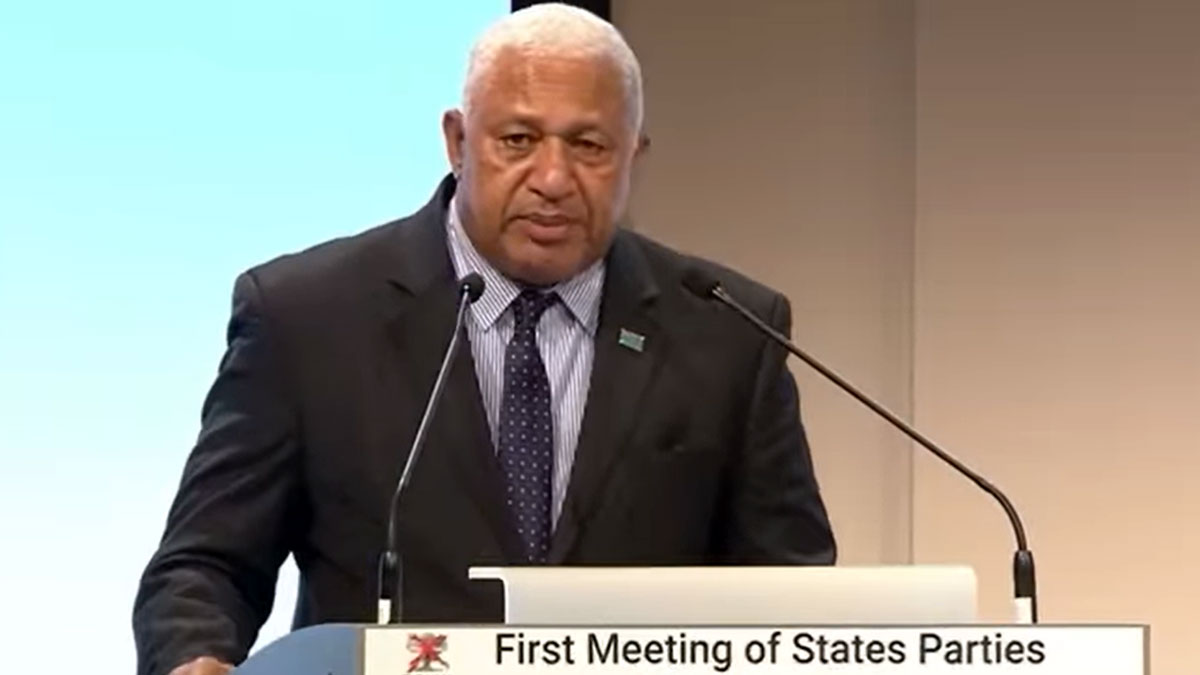 Nuclear weapons do not feed us, clothe us or keep out the rising seas.

This was highlighted by Prime Minister Voreqe Bainimarama while speaking in support of the Treaty on the Prohibition of Nuclear Weapons in Vienna, Austria.

Fiji has signed and ratified this treaty and Bainimarama has made it clear that these nuclear weapons will never defeat the enemies that the people in Fiji and the world over continue to face in the form of the COVID-19 pandemic, the global food crisis that rages on, and the climate crisis that threaten livelihoods and the very future of our civilization.

Bainimarama has also singled out developed nations and their failure to deliver their pledges to climate vulnerable nations.

The Prime Minister has stressed that Fiji’s message to all nations is to leave their nuclear weapons behind when they come to our region.

He adds that Fiji welcomes the consideration this treaty has on the plight of those affected by the use and testing of nuclear weapons, who have been silenced and denied the care and support they needed.

Bainimarama has urged that leaders go further for these survivors by creating a policy framework that considers the existential impact of the nuclear testing of our oceans and environment exacerbated by the climate crisis and its long term consequences on the displacement of communities from their traditional lands due to ever-encroaching nuclear wastes.

He has reassured Fijians that government will continue to work closely with all states through this conference and every bilateral engagement to secure a nuclear weapons free world.