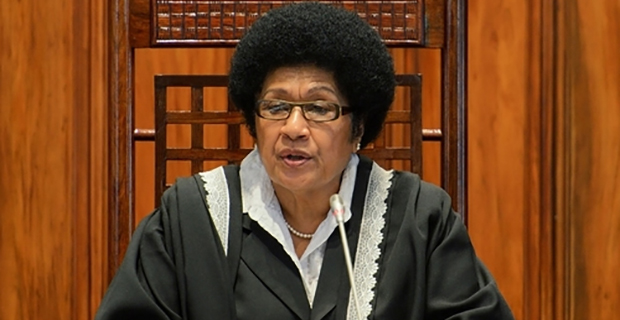 Speaker of Parliament Dr Jiko Luveni will not be dealing with a complaint lodged by the National Federation Party in relation to an allegation against a government MP.

The office of the Secretary General to Parliament says allegations by the NFP on a government MP relates to comments that were not made either in Parliament or a Committee of the Parliament, therefore, the comments do not constitute grounds for the matter to be dealt with by the Speaker according to the Standing Orders.

The office says with reference to the submission by the NFP, the allegation relates to comments made at the Constitution Avenue car park last Thursday.

The Secretary General to Parliament has further stated that as rightfully pointed out in the letter from the NFP, the comments were made outside Parliament and given that the Fiji Police Force is now involved, it would be inappropriate for the Speaker to interfere further on the matter.

NFP’s Youth Wing President, Sharveen Chaudhry had alleged that he was threatened and intimidated by a government MP last week.

In his letter to the Speaker of Parliament, Chaudhry has alleged that the government MP approached him and his colleague in the parliament cark park and was visibly angry, biting down on his lower lip and shouting.

Chaudhry has alleged that the government MP confronted them with regards to certain social media posts that the NFP Youth Wing had made to his reaction and statements to their submission to the Parliamentary Standing Committee on Foreign Affairs and Defence on two treaties.

Chaudhry says it is important to note that during their submission, this government MP was the Acting Chair of the Committee.

NFP’s Youth Wing President has also alleged that this government MP told him to “watch out” stating their offices were in the same building and then he repeatedly called him and his colleague “rubbish people” as they walked towards the main entrance to Parliament.

Earlier today, FijiFirst Parliamentary Whip, Ashneel Sudhakar stated that the National Federation Party is probably getting the taste of their own medicine.

Sudhakar says NFP is the first party that talks about freedom of speech and expression and they are the first ones to run to the police and the Speaker of Parliament when somebody else expresses their views to them.

NFP’s Leader, Biman Prasad says he is disappointed with Sudhakar’s comments as he had expected Sudhakar to say that they do not condone any kind of threat by any member of the parliament which includes those in the opposition as well.