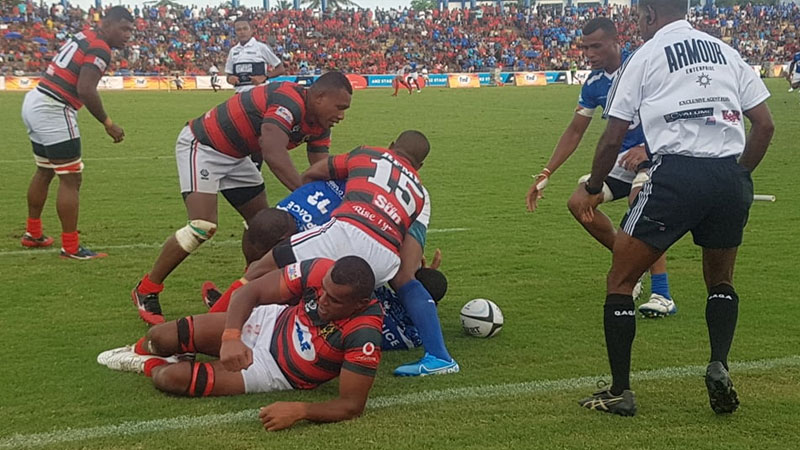 65th min: Army giving all they can but Police defence are standing like a brick wall. Army gets penalised for not releasing.

62nd min: Police turns over the ball inside Army's 22 meter line and Terio Tamani gets a drop goal. Army 3-18 Police

54th min: Police penalised for taking up too much time.. Army on attack but is gone outside the field.

46th min: Army held up on the try line. They have another chance to attack.

45th min: Army on the attack. Hoping to get their first try of the match.

29th min: Army gets a penalty inside Police 22 meter.. Army now have a chance to score the first try of the game.. Army 3-3 Police

14th min: Police is penalised inside their 22 meter line for a high tackle. Army taking the 3 points.

13th min: Police knocks on the ball inside their 22-meter line, giving Army another chance to attack

4th min: First chance for Army as they are now inside Police's 22 meter

3rd min: Police survive Army attack... but gives away the ball for a not straight lineout.

2nd min: Army penalised for not releasing giving Police the chance to attack

2nd min: Army gets penalised for holding on in Police's 10 meters.

1st min: Police gets penalised for holding on.