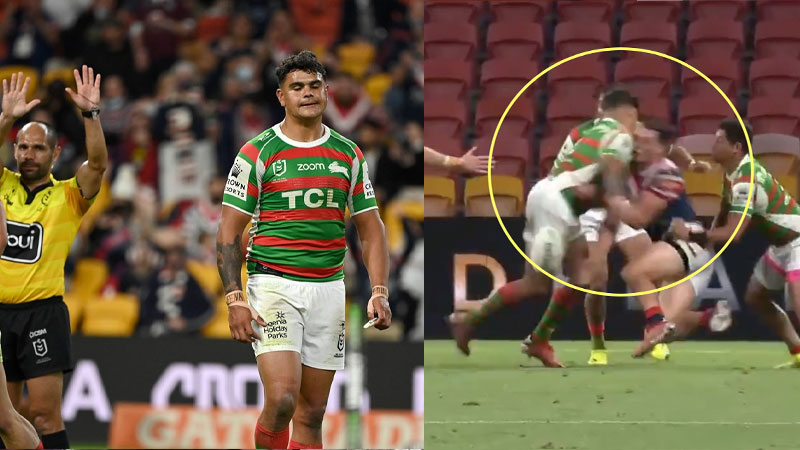 Rabbitohs star Latrell Mitchell is facing a suspension of between six and nine matches after being charged with a grade two reckless tackle on Roosters centre Joey Manu.

Mitchell was sin-binned for the hit that left former teammate Manu with a suspected fractured cheekbone.

NRL.com reports that with four prior offences in the past two years, Mitchell faces a six-match ban if he enters an early guilty plea and would risk a nine-match suspension if he unsuccessfully fights the charge at the judiciary.

Meanwhile, the Sharks will take on the Broncos at 7.30 tonight and the Storm will meet the Eels at 9.35 tonight.