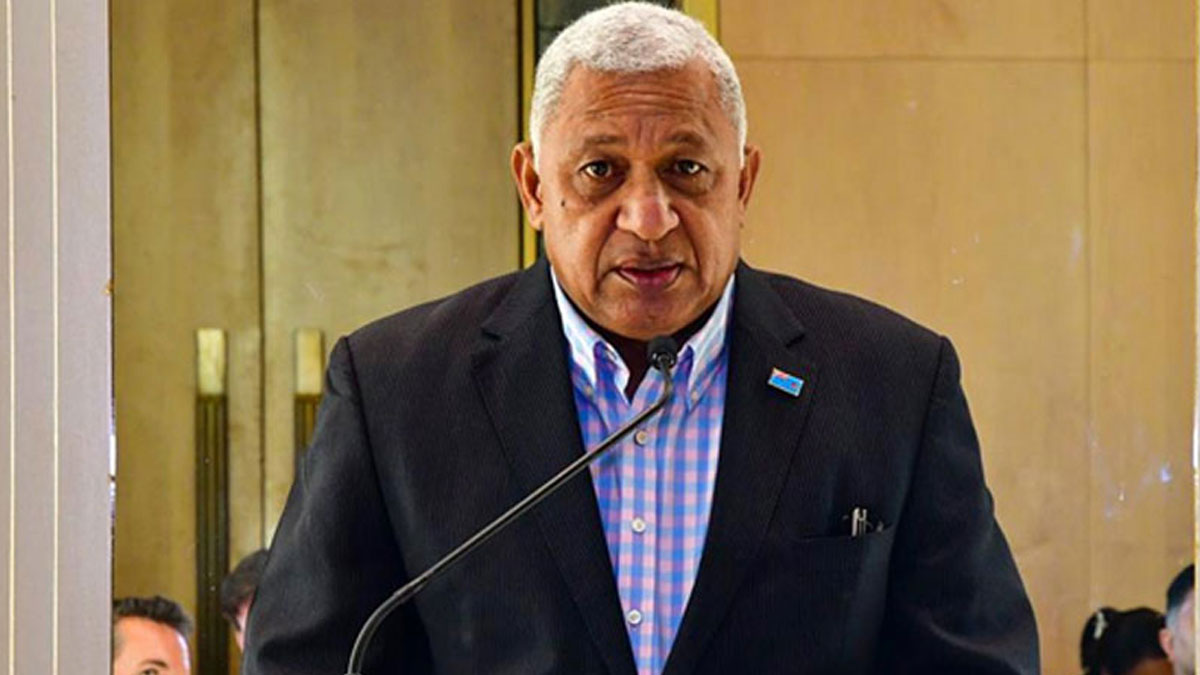 While responding to the People’s Alliance manifesto, FijiFirst Party Leader, Voreqe Bainimarama says last week their opponents offered the darkest vision he has ever heard for the country.

Bainimarama says first, they want to disband FICAC, an organisation whose pursuit of fairness and transparency has made Fiji one of the top 45 least corrupt countries in the world by fighting crimes like bribery, larceny and theft.

He says that is not his opinion, but the finding of an international anti-corruption organisation.

Bainimarama says his opponents also want to bring back the Great Council of Chiefs and politicise and undermine the responsibility and mana of our chiefs through an unnecessary and undemocratic institution that we know was created by the British colonial government.

He says these are the opponents priorities to bring back corruption, bring back the rule of the elites and send Fiji backwards 30 years to the poorer, less just, and less advanced country when they were in charge.

Bainimarama says they offer no real plan to help our economy grow or to help families make ends meet.

He says they offer no real plan to strengthen our recovery or keep the economy on the path of progress and modernisation.

He says they are the only political party with the real plan to keep Fiji strong, fight corruption, fight for families, and fight for the future our families deserve.

Bainimarama says they are the only party with a record of leadership that proves they can deliver benefits equally to all Fijians.