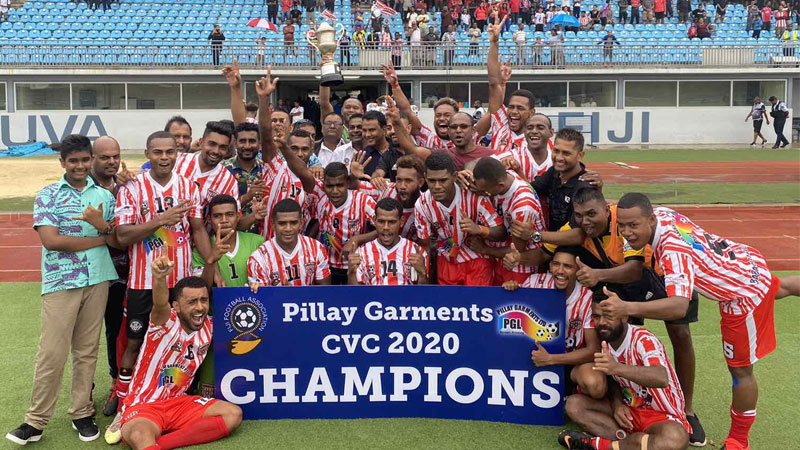 Defending champion, Labasa has won their fifth Pillay Garments Champion versus Champion series after beating Suva 2-1 in the second leg at the ANZ Stadium this afternoon.

Taniela Waqa scored the winning goal for Labasa in the 39th minute of the second half.

Labasa’s first goal was scored by striker, Marlon Tahioa through a beautiful header in the 47th minute of the match.

Labasa soccer team coach, Ravneel Pratap has dedicated the win to the people of Vanua Levu who have been affected by TC Yasa and Ana.

Pratap says winning the CVC is not the end and they will continue working hard as the season has just started.