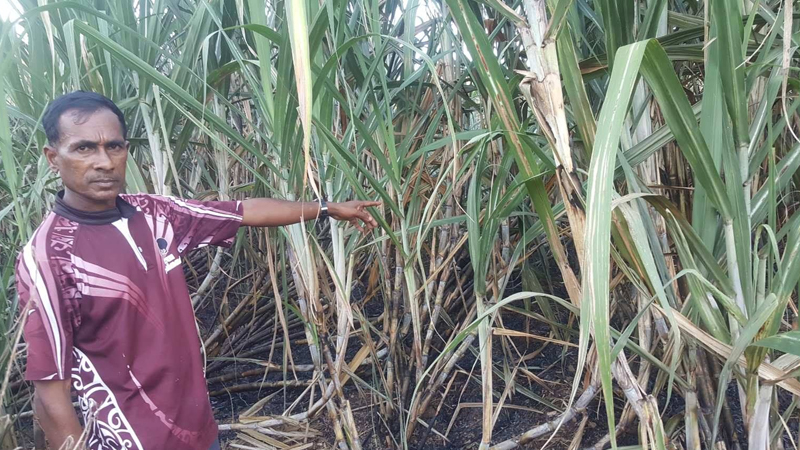 Aneel Chand says 170 tonnes of sugarcane has been destroyed.

A farmer from Nabela in Labasa is devastated after his sugarcane plantation was allegedly set on fire.

Aneel Chand says 170 tonnes of sugarcane has been destroyed.

He says this is the second time this has happened.

Chand says they were at home when the incident happened at 10 o'clock yesterday morning.

He says he filed a report at the Labasa Police Station yesterday.

Police are yet to confirm if an investigation is underway.

Chand says he and his family with the help of their neighbours managed to stop the fire from spreading further.

He says he owns 12 acres of land where he has planted 400 tonnes of sugarcane.

He is one of those 209 farmers who have assisted under the New Farmers Assistance Scheme since 2017.

Chand is also requesting the Fiji Sugar Corporation to take in the burnt cane as it is his only source of income.