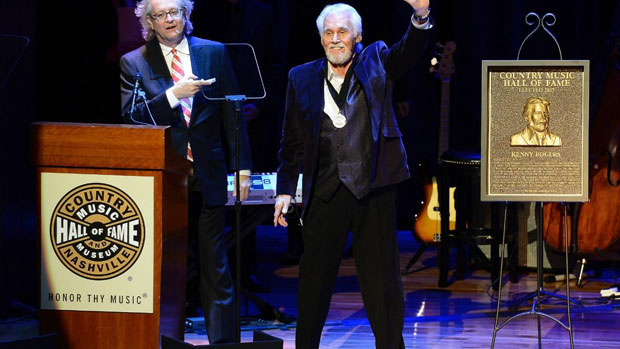 Country music star Kenny Rogers thanks the audience at the ceremony for the 2013 inductions into the Country Music Hall of Fame in Nashville. [Photo: MARK ZALESKI/AP]

Kenny Rogers' family is planning a private service "out of concern for the national COVID-19 emergency" for the singer who died on Saturday aged 81.

A statement posted from the family said a public memorial will be held at a later date.

The smooth, Grammy-winning balladeer was known for spanning jazz, folk, country and pop with such hits as Lucille, Lady and Islands in the Stream and embraced his persona as The Gambler on records and on TV.

He was under hospice care and died of natural causes.

The Houston-born performer with the husky voice and silver beard sold tens of millions of records, won three Grammys and was the star of TV movies based on The Gambler and other songs, making him a superstar in the '70s and '80s.

A 20-year-old man will be produced in the Suva Magistrates Court this afternoon charged for his alleged involvement in the Raiwai brawl on ... 43 minutes ago