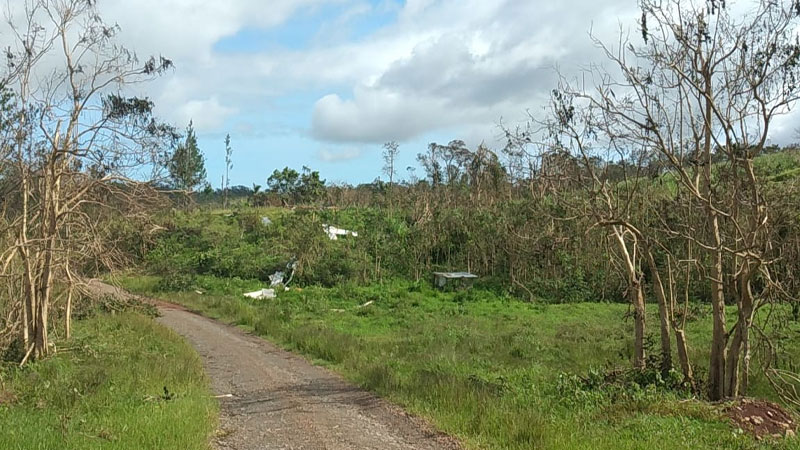 Villagers of Kabara are currently searching for a 35-year-old woman who went missing yesterday after she went out to look for ivi.

The representative of the Tikina of Kabara Tukana Rokobuli says the woman went out to look for ivi when the weather was calm but destructive winds started again.

It is understood the woman went out while the eye of TC Yasa was passing, thinking that the calm weather meant Yasa was gone.

Rokobuli says they could not mobilise a search team because of destructive winds and heavy rain that was experienced for about 6 hours.

He says they tried contacting the Lakeba Police Station but it wasn't connecting so they informed Police in Suva.

We have also contacted Police about the missing woman.

He says villagers went searching for her last night and also this morning but there was no sign of her. The village headman also took a search party out at sea.

Rokobuli further says most of the houses in the village were damaged by strong winds and those families are now taking shelter at the village hall.

Rokobuli adds their farms and the Post Office were also damaged.

He highlighted that this has been one of the worst cyclones to hit Kabara.