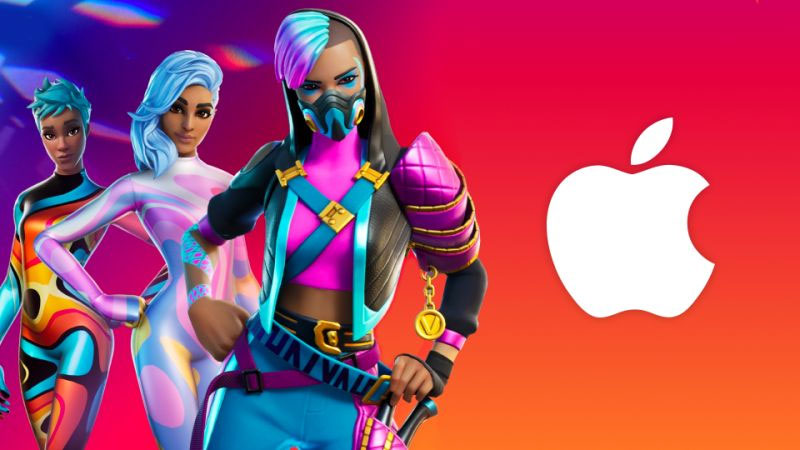 A US judge has ruled that, for now, Apple can continue to block the video game Fortnite from its App Store.

However the tech giant cannot terminate Epic Games' developer accounts or compromise its graphics tool Unreal Engine, which is used by many third-party game creators.

This is until a full hearing can take place on 28th September.

Apple pulled Fortnite from the App Store after Epic deliberately broke its rules in protest at Apple's policies.

Epic said Apple had also threatened to take away its access to developer tools.

In her ruling, as reported by The Verge, Judge Yvonne Gonzalez Rogers wrote that Epic had not demonstrated that Apple's actions so far had caused the "irreparable harm" it claimed in its legal papers.

However, she also wrote that Apple had "chosen to act severely" by threatening to block the Unreal Engine, which is widely used by others.

She says Epic Games and Apple are at liberty to litigate against each other, but their dispute should not create havoc to bystanders.

However she added regarding Fortnite, Epic had "strategically chosen to breach its agreements with Apple.

Akbar says they hope to resume classes at RKS on Monday but this will depend on the recommendations by the investigating ... 19 days ago

National Federation Party Leader Professor Biman Prasad has reminded the current leaders of the country that Fiji’s history did not begin in 2006. ... 12 hours ago
LATEST NEWS

Police White will face Tabadamu 1 in the final of the 44th Fiji Bitter Marist 7s at the ANZ Stadium tonight. Police White - the tournament’s ... 13 hours ago

WOWS Kids Fiji Ambassador Pita Waqavonovono raised $1,700 as part of the Shave It or Save It campaign and handed over the money to WOWS Kids Fiji ... 14 hours ago
More News
TOP