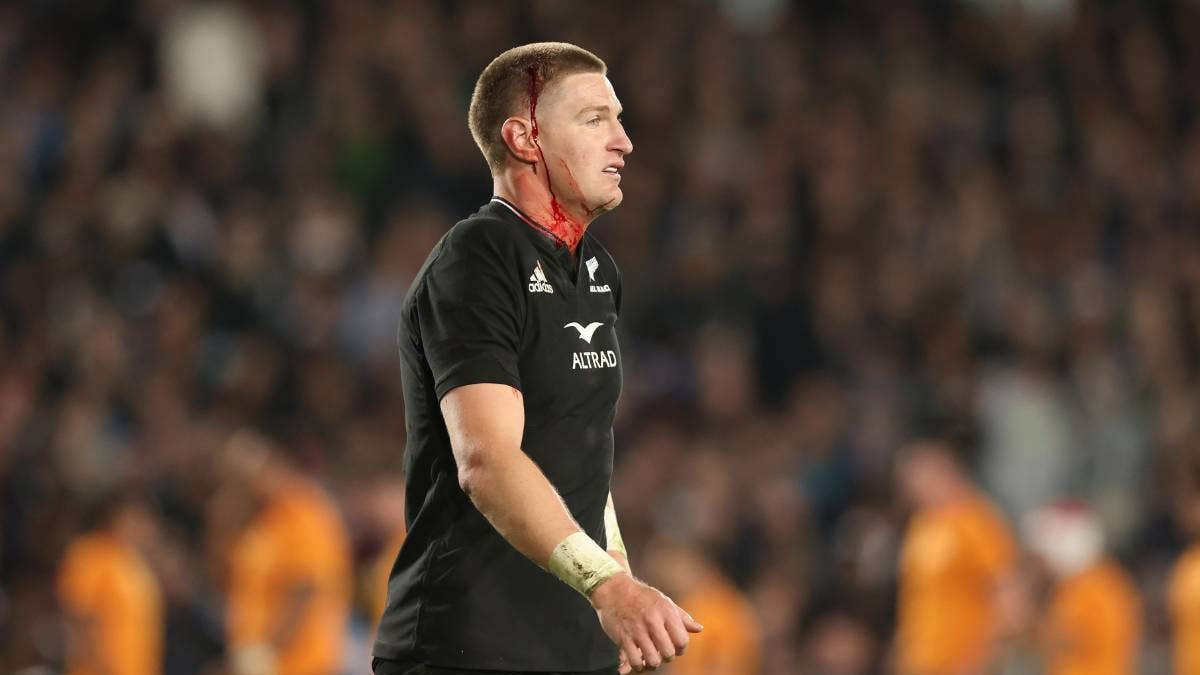 It wasn’t just the All Blacks pack who rolled their sleeves up and left their imprint all over Eden Park on a memorable Saturday night after demolishing the Wallabies 40-14.

Jordie Barrett did something vividly similar from the highly unfamiliar position of second five-eighths.

It was Barrett’s 45th test at Fortress Eden on Saturday, but his first wearing the No 12 jersey as the All Blacks made it three wins on the trot and nailed an eighth Rugby Championship.

Coach Ian Foster’s decision to run with Barrett ahead of Roger Tuivasa-Sheck for the championship finale proved an inspired one as Jordie unleashed a spectacular performance on both sides of the ball.

He carried hard and strong, for 81 metres on 17 runs, with 7 defenders left in his dust, and nailed a backline-best 8 tackles, without a miss.

All Blacks coach Ian Foster says it was a “phenomenal” performance like everything, it's all about timing.

Foster says Barrett played well for us at fullback and on the wing, and now he’s played really well at 12.