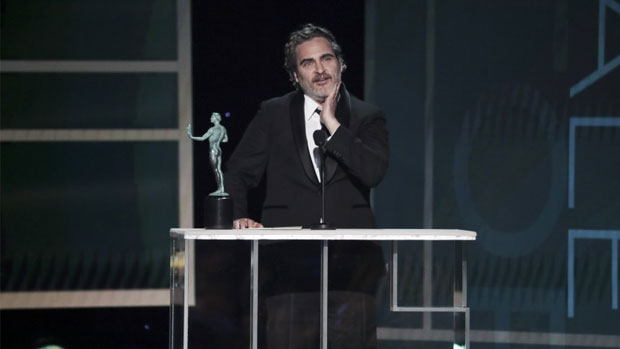 Joaquin Phoenix received the award for best performance by an actor in a motion picture drama for the movie Joker during the Screen Actors Guild Awards at the Shrine Auditorium in Los Angeles.

"I'm standing here on the shoulders of my favorite actor Heath Ledger." Joaquin Phoenix thanks the late #DarkKnight star while accepting the #SAGAwards statue for #Joker https://t.co/tD2ozkArqi pic.twitter.com/k9q8hwFFrM

Phoenix spent his acceptance speech highlighting the work of his fellow nominees, starting with an anecdote about Once Upon A Time In Hollywood star Leonardo DiCaprio, who Phoenix said had been an inspiration to him for over 25 years.

He went on to address the fires in Australia and the ongoing climate crisis, calling on Hollywood and his peers to do better.