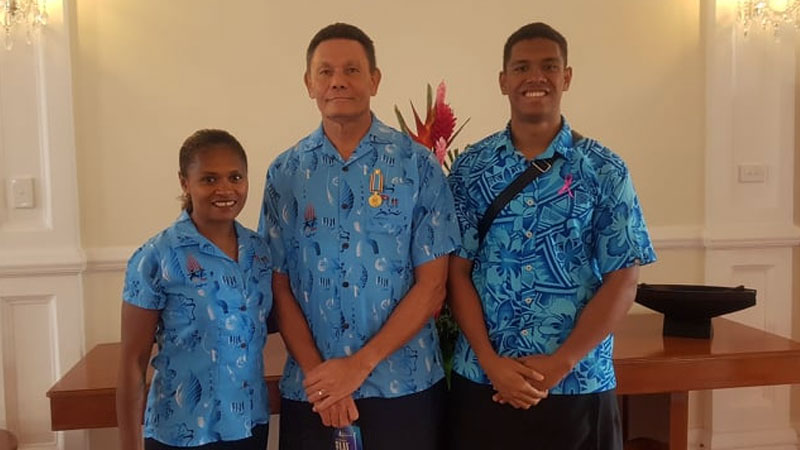 Albert Miller Snr (middle) with his wife Litiana, and son David at his medal presentation.

Former South Pacific Decathlon champion and Olympian Albert Miller Snr says it means a lot that the government recognises your contribution to the development of the nation.

Miller was part of the 31 recipients who received their 50th commemorative medal from President, Jioji Konrote.

He says he has received recognition from World Athletics, Oceania Athletics and FASANOC for his contribution but it means a lot when your government recognises this.

Miller says he is hopeful he can do more good work in the future.