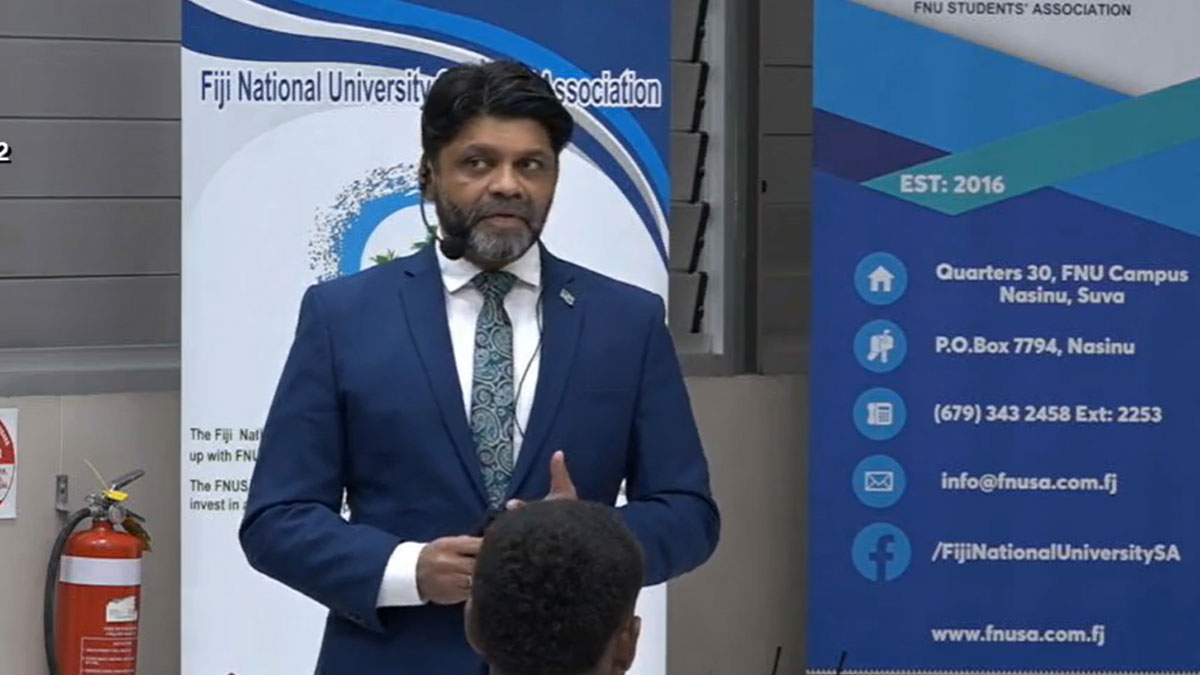 The issue of salary increase for FNU staff was raised with the Acting Prime Minister and Minister for Economy Aiyaz Sayed-Khaiyum during a budget consultation at FNU Samabula.

A staff member told Sayed-Khaiyum that the last time they received a pay alignment was in 2017.

He further says they understand that there are provisions of increment on an annual basis adding that Sayed-Khaiyum has alluded to in his consultations that the cost of living has gone up.

While responding to the man, Sayed-Khaiyum says before the salaries for FNU staff was way below compared to what they received at USP.

Sayed-Khaiyum further says they have improved that significantly.

He has encouraged the staff to talk to the University Council who will make submissions to the Ministry of Economy.

Meanwhile, a FNU student told Sayed-Khaiyum that some of the equipment are outdated and if the government can look into providing new equipment as it will improve their learning and help prepare them for the work field.

Sayed-Khaiyum thanked the student for the suggestion and asked him to let those people know who will be making the submissions on behalf of FNU.

Sayed-Khaiyum says they get entities such as FNU to give them costing for things that maybe required and they can specify how much can be allocated for things such as equipment updating.