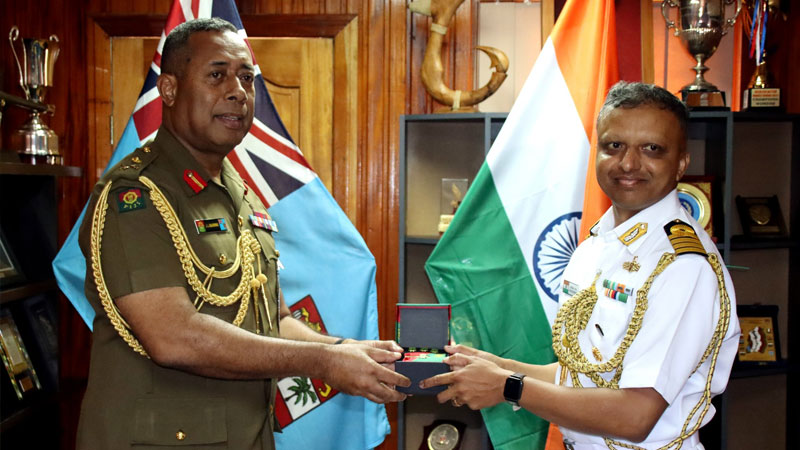 India-Fiji defence cooperation in the areas of capacity building, capacity development and other areas of shared interest were discussed between the Defence Advisor of India to Fiji, Captain (Navy) Akhilesh Menon and the Republic of Fiji Military Forces.

Captain Menon who is based in Canberra, is in Fiji to hold discussions on strengthening India-Fiji defence cooperation and paid a courtesy call on the RFMF Commander, Major General Jone Kalouniwai.

He also toured the Headquarters of the Republic of Fiji Navy at the Stanley Brown Base in Walu Bay, where he was accorded a Quarter Guard before visiting the Naval Training Base in Togalevu.