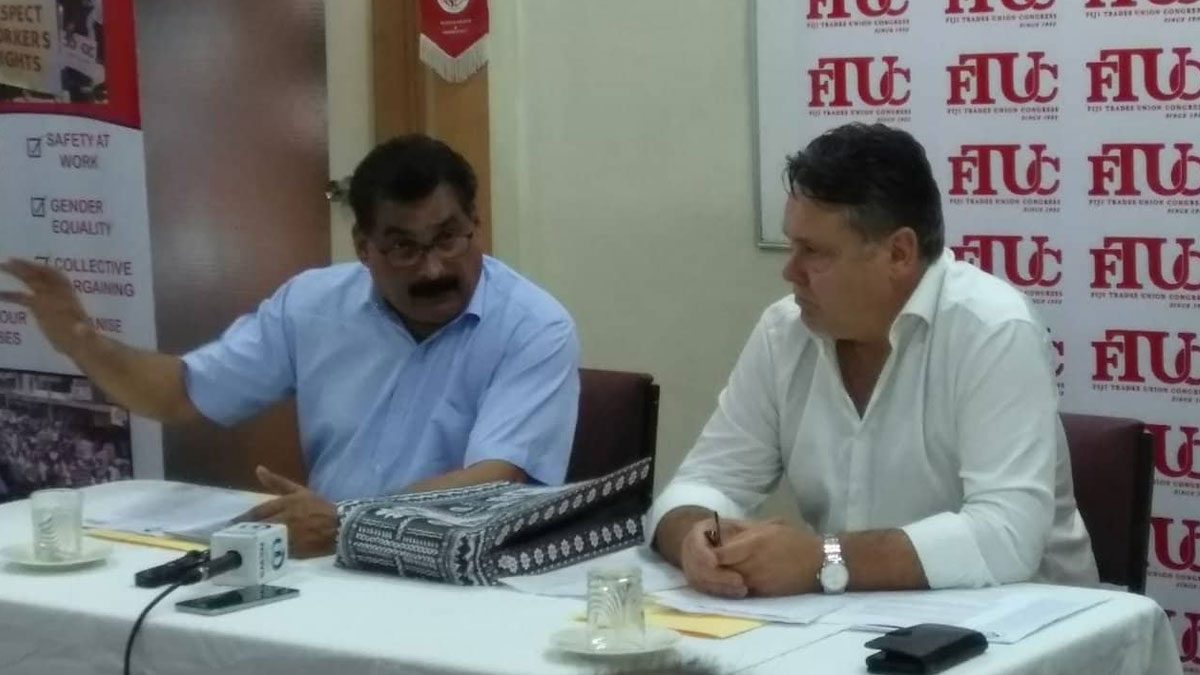 A new study of the Fiji National Provident Fund by the International Transport Workers Federation has recommended an urgent independent review and reform of the FNPF governance structure.

They have also recommended worker representatives on the FNPF board of directors, separation of asset investment and management of the fund from the functions of the board of directors, regulations and laws that govern FNPF that stipulates clearly what fiduciary duty means in practise and regulations that stipulate how the interest of members are defined and reviewed in consultation with its members.

ITF Head of Sydney Office, Scott McDine says from a governance perspective it is important to have a scrutiny and a light shown on governance structures of these provident funds to ensure they do, precisely what they are intended to do.

McDine says based on the report done by ITF and its Fijian affiliates, all funds obligated to ensure all decisions are made in the best retirement interests of the members of the fund.

He says the provident fund is incredibly important for the retirement fund and the principle objective is to maximise the retirement benefit of all workers in the fund.

McDine says these funds are not the plaything of a government to prop up its own economic mismanagement, they are the workers fund.

He says it is critically important that the Fijian parliament takes on board the recommendation of the report, thoroughly goes through the report and takes action in regards to the recommendations of the fund to ensure it upholds the obligations for what it was established for.

He says employment is one of the key benefits for a better retirement fund, thus he asks, how can a worker who is part of the fund benefit, if a company is supported through loans, and he or she gets sacked.

The Fiji Trades Union Congress says there appears to be little to no transparency in the operations of the fund.

FTUC National Secretary, Felix Anthony says when there are 80 percent of members who have balances less than $20,000 in their retirement fund, that is a cause of concern.

Anthony questions if the fund is fulfilling it’s intended role, which is to secure workers retirement.

He says the government has actively encouraged workers to withdraw their own FNPF funds in times of crisis and make it look as if it is government assistance.

Anthony says the government needs to fulfill its obligations in assisting people in times of crisis and not encourage people to use their retirement funds.

He further says the reduction in the FNPF contribution that has been over the last two to three years is not benefiting the workers as employer contribution has reduced to 5% and now up to 6%.

Anthony suggests there should be an independent audit done.

He says many Fijians are dependent on their FNPF as that is their only form of savings.

We have sent questions to FNPF and the Minister for Economy, Aiyaz Sayed-Khaiyum.

Police have assured fans and family members who will attend the Vodafone Super Deans final in Lautoka that all efforts are being directed to ensure ... 42 minutes ago