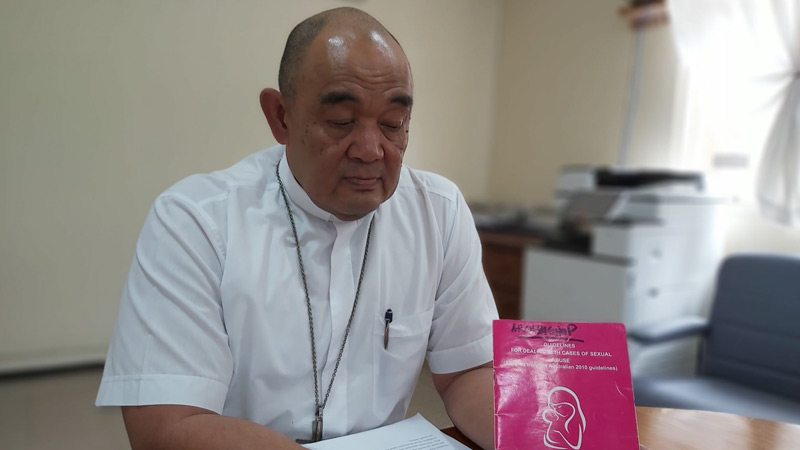 The Head of the Catholic Church in Fiji Archbishop Peter Loy Chong has shared with Fijivillage that a man once approached him in confidence and told him about being a victim of sexual abuse in the church and he advised the man to report it to Police as part of the church guidelines on the reporting of such cases.

He says this man was now an adult and was allegedly sexually abused as a child.

Archbishop Chong says the alleged incident would have happened about 40 years ago and stresses that there have been no current incidents involving minors reported to him and his office.

He says he could not reveal any further details due to confidentiality. 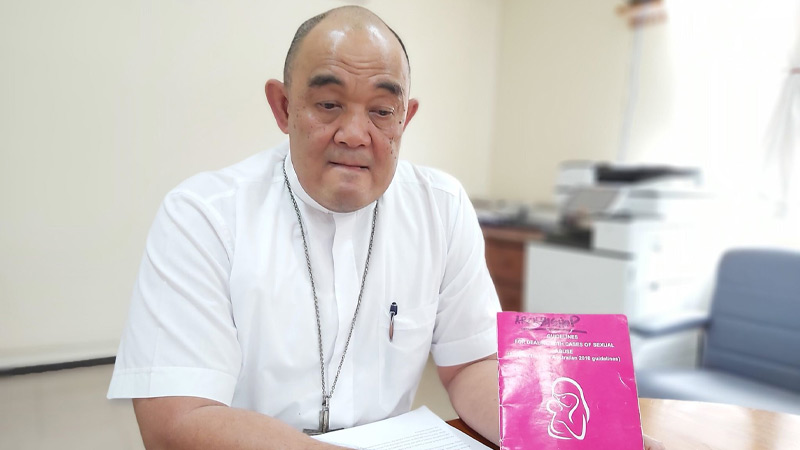 The Catholic Church in Fiji published its “Guidelines for Dealing with Sexual Abuse” in 2014.

The Guideline states clearly that if anyone has suffered abuse by a priest or religious – or by anyone working for the Church – then that person should, in the first instance, report the matter to the police as soon as possible, no matter how long ago the abuse occurred.

It also clearly stresses that the Church should not interfere in any with the proper processes of criminal or civil law.

Archbishop Chong says the Archdiocese of Suva is strongly committed to the protection and safety of all people, especially the vulnerable and children.

He says the Archdiocese takes all reports of abuse very seriously and reports them to civil authorities where required, and investigates the accusations thoroughly and independently.

Archbishop Chong says if the allegation is deemed credible, the accused is permanently barred from ministry and from serving in any capacity on behalf of the Archdiocese or any Catholic institution.

He is also strongly encouraging anyone who has been abused or who knows of abuse to see that the matter is reported to the Church.

Archbishop Chong says the report is best made to the Safeguarding Officer, Berenado Daveta on 8695277.

He stresses that the matter will be investigated independently.

Archbishop Chong also shared today that he empathises with people who are victims of sexual abuse.

Archbishop Chong says as the Head of the Fiji Catholic Church, he feels ashamed of the behavior of their church personnel.

He says he also feels angry.

Archbishop Chong says there has been a heaviness in his heart yesterday and today.

Archbishop Chong stresses that there have been no current incidents involving minors reported to him and his office.

He says what they have had to deal with in most cases are consensual relationships between clergy and women.

Within the Catholic Church, celibacy is mandated for all clergy.

He says sexual abuse is a serious problem in our society, not only in the Catholic Church.

Archbishop Chong says on behalf of the Catholic Church, he apologizes to victims of abuse, to their families, and to Fijian society – for the hurts inflicted on them by some of our priests, brothers, and lay workers.

He says this is a cause of great shame.

Archbishop Chong stresses that the overwhelming number of priests and the religious are faithful men and women who share the horror and grief that all people feel when sexual abuse is brought to light.

Former Prime Minister and Leader of the People's Alliance Party, Sitiveni Rabuka has assured the new Indian High Commissioner that the People’s ... 45 minutes ago

Prime Minister Voreqe Bainimarama has highlighted that the Moderna vaccine is first being administered to 15 to 17-year-olds who are nearing the end ... 52 minutes ago

The Interpretation Amendment Bill 2021 will be debated in parliament this Wednesday. Attorney General, Aiyaz Sayed-Khaiyum says this bill has been ... 54 minutes ago