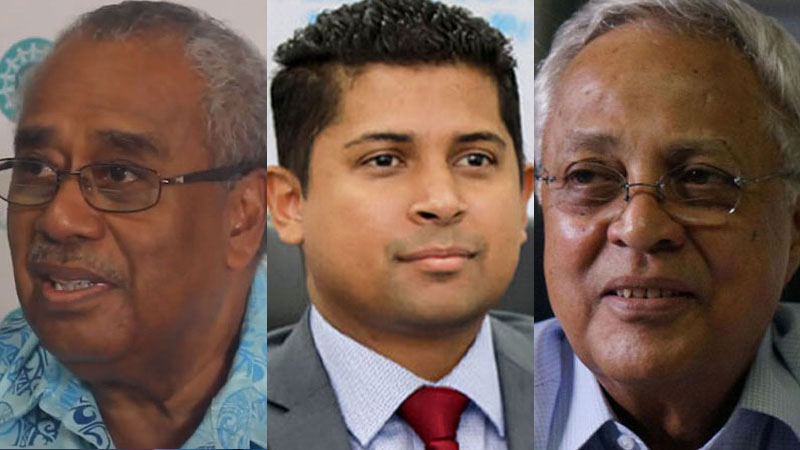 The leader of Unity Fiji Savenaca Narube has confirmed that he did not try to get other parties to boycott the FEO political party meeting as he had representatives that were present.

This comes after the Fijian Elections Office condemned the attempts made by Narube and the Leader of Fiji Labour Party, Mahendra Chaudhry to try and derail the FEO political party meeting by lobbying for a boycott of this meeting.

Narube says he only asked for the other political parties' opinions about them attending the meeting as they have taken a matter to court regarding the Supervisor of Elections.

Chaudhry has also confirmed that there was no attempt by him to boycott the meeting which according to Chaudhry, the Supervisor of Elections Mohammed Saneem had called in his name, without any mention of the Electoral Commission.

Chaudhry says FLP did not attend the meeting as a show of protest but he is glad that they were able to persuade the Chairman of the Electoral Commission to attend and chair the meeting.

He says he only wrote to the Chairman of the Electoral Commission that he and not Saneem should chair the meeting as per the Electoral Act.

Chaudhry says the five opposition political parties had expressed no confidence in Saneem and had written to the Chairman of the Constitutional Offices Commission in August last year, seeking the appointment of a disciplinary tribunal to investigate Saneem for alleged misbehaviour with a view to his removal.

He says this letter was copied to all the opposition parties.

Chaudhry says the letter had no mention of a boycott nor was any suggestion to that effect made to any of the parties by him.

He says FLP and Unity Fiji have begun court proceedings regarding the appointment of a disciplinary tribunal to investigate Saneem.

Chaudhry says they have been forced to go to court because of the apparent refusal of the Constitutional Offices Commission to act in the matter.

Meanwhile Supervisor of Elections Mohammed Saneem says 6 of the 7 political parties attended this meeting with at least 2 representatives while Fiji Labour Party did not attend.

Saneem says the meetings between the FEO and political parties provides the platform for free flow of information and it is inappropriate for a political party to promote non-attendance.

We are awaiting response as we have sent further questions Saneem.