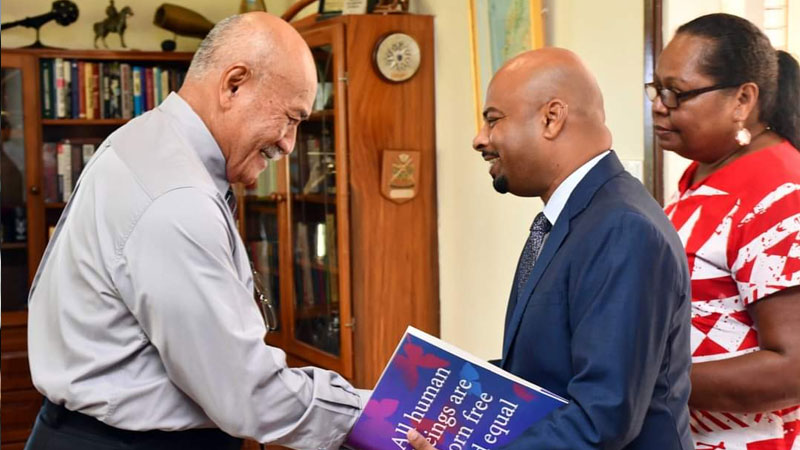 The Human Rights and Anti-Discrimination Commission submitted its 2019 Annual Report to the President this morning.

The Annual Report documents the work undertaken by the Commission in 2019 towards the protection, promotion and preservation of human rights in accordance with the Commission’s constitutional mandate.

Director, Ashwin Raj says the Commission has conducted investigations in relation to allegations of police brutality, violence in prisons, allegations of professional misconduct against police and corrections officers, infraction of the rights of arrested and detained persons, employment relations matters such as discrimination and unfair treatment in the workplace, right to equality and freedom from discrimination on prohibited grounds, rights of children, right to health, adequate food, water, housing and sanitation, right to social security schemes, domestic violence and freedom from arbitrary evictions. 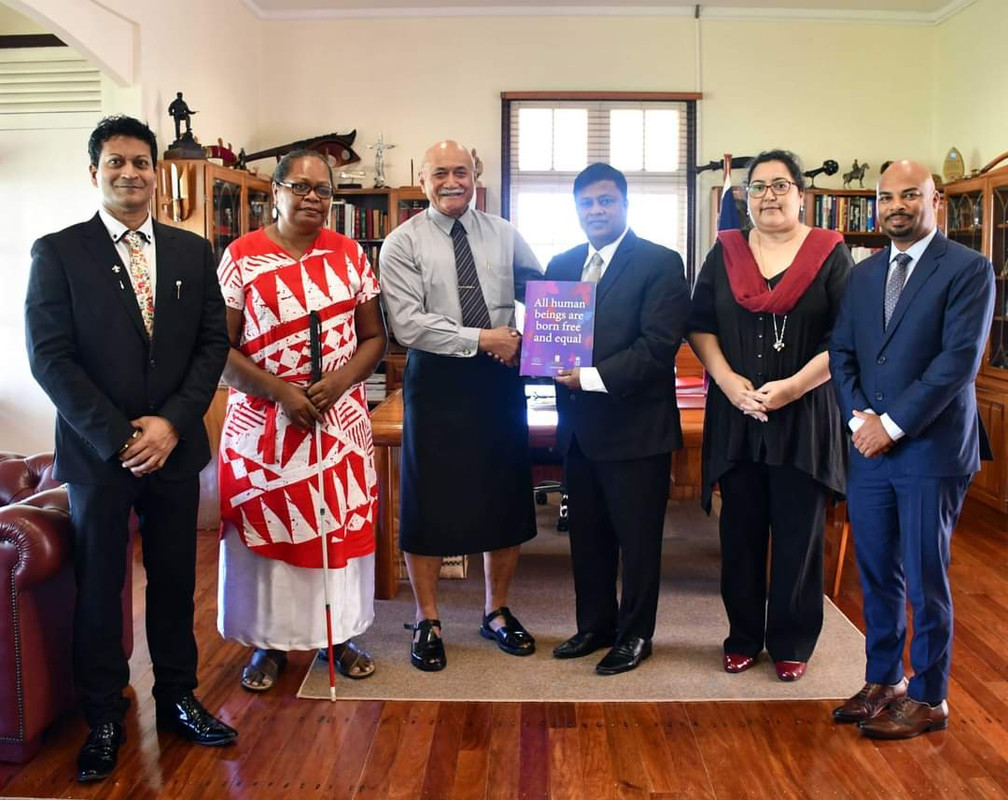 [HRADC Board Members with His Excellency, The President of the Republic of Fiji, Major-General (Ret'd) Jioji Konusi Konrote. [image credit: Department of Information Fiji]

The report also documents the steps taken by the Commission towards strengthening institutional governance including the audit of the back-log of its financials for the period 2008 to 2016 which was prepared and submitted to the Office of the Auditor General for an independent audit.

The report will also be tabled in parliament.